Sometimes you just have to go with the flow, not in the “follow the crowd” sense, but in the sense that when you’re feeling inspired you should just see what happens. This morning I came home from dropping Julie off for work and the Moon was starting to illuminate a little bit of mist beneath the Pennines whilst Orion stood rather majestically to it’s right. So I grabbed the camera and tripod and proceeded to take far too many photographs, but then you never know in low light what is going to work and what isn’t when you enlarge it. 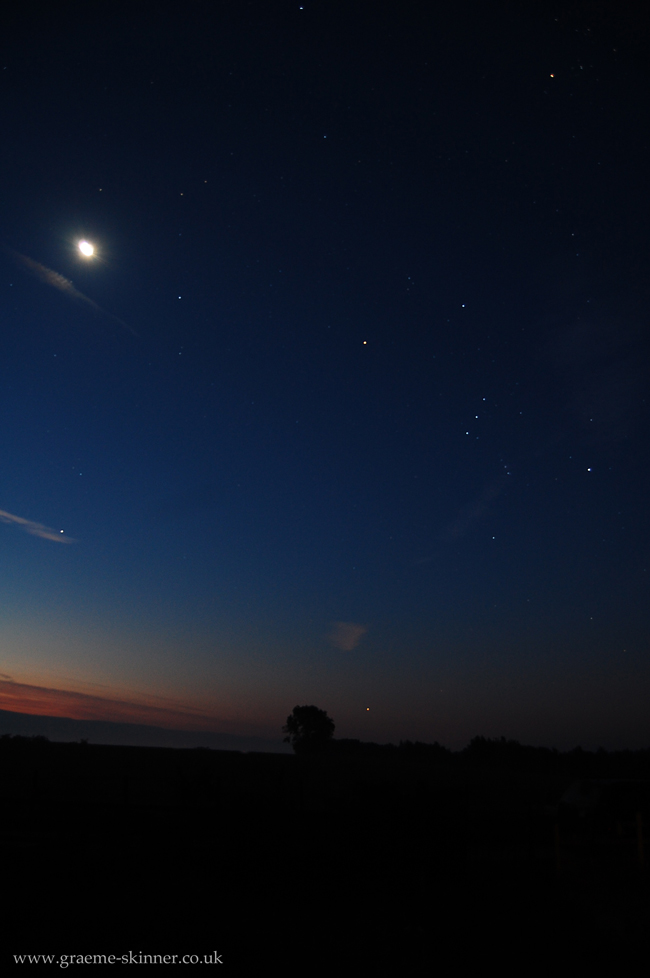 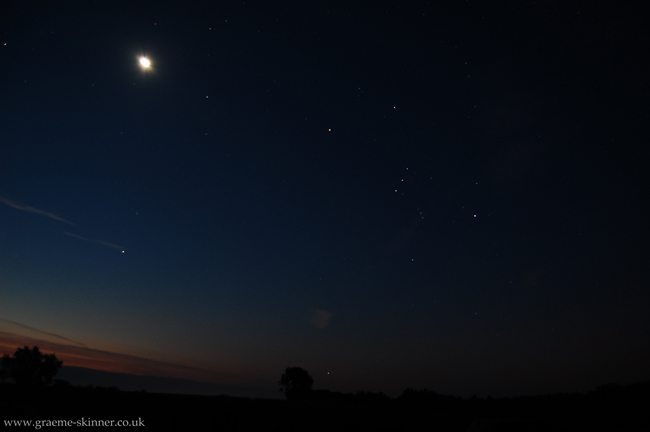 I could not resist a photograph of the Pleiades (M45) whilst I was out there, despite the fact that I only had the small lens on and the sky was getting light – some things just have to be done 🙂 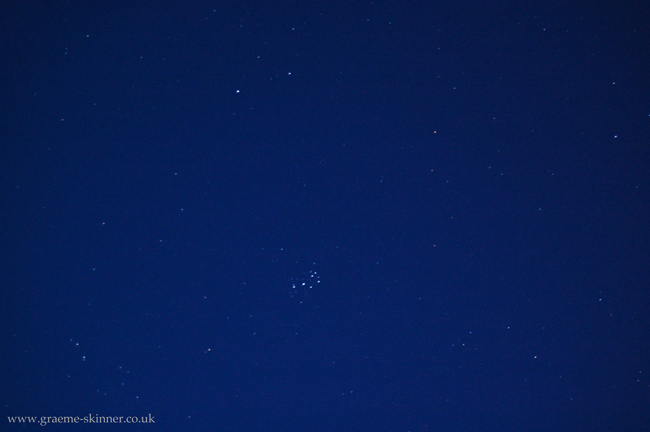 When I’d taken my last photograph I came inside, closed the door and sat down at the computer to sift through the photographs and find one to put online, which was in itself a little frustrating as for some reason the camera had eaten a number of the images :-/ Anyway, sifting through photographs and drinking coffee takes time. When I looked outside again the clouds were an amazing colour and I realized I had a few more photographs to take. Grabbing the camera I dashed outside then remembered a couple of important points and ran back in for the memory card (still in the computer) and the battery (in the charger). It was a nice Sunrise, and I’ve seen and photographed quite a few of them now, it was so nice that I kept the camera around my neck and went for a walk down the hill with the dog – why you ask? Well if you are quick enough going down the hill you get to see the Sunrise again 🙂 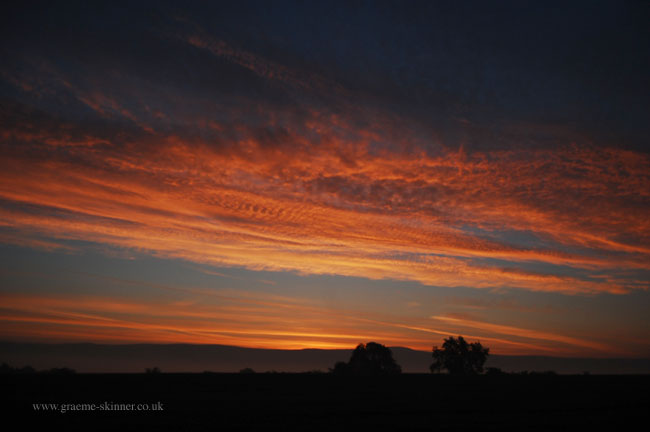 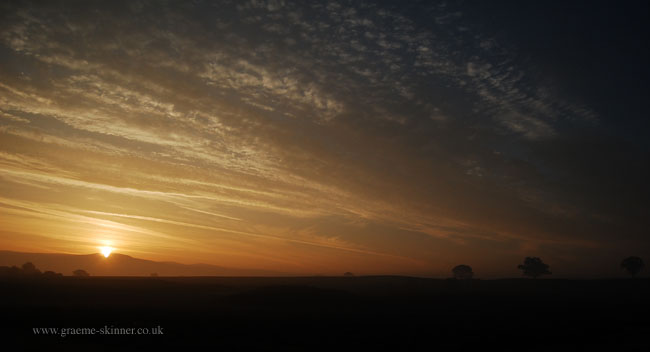 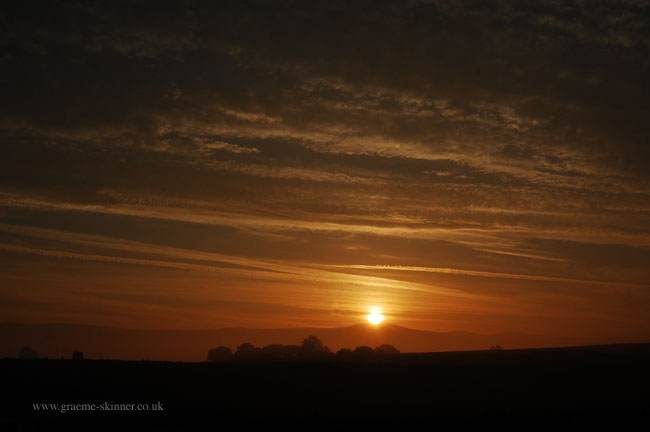 There was of course a panoramic sunrise photograph, well there has to be really, it has become something of an obsession, the trouble is they never look much when they’re reduced down for the web, and so I’ve uploaded a small version here…