I noticed the light this morning was starting to look interesting so instead of unloading the wood from the car (as was my original intent) I grabbed the camera and took a few photographs. 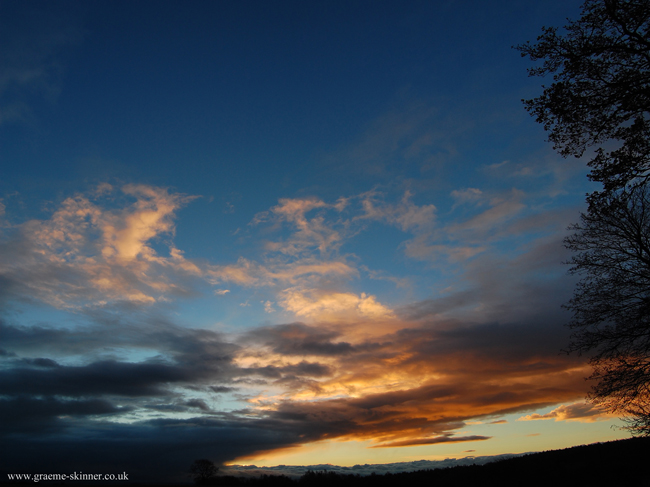 This was a three photograph ‘stitch up’ which was supposed to have been much longer but I did not like the left hand images. 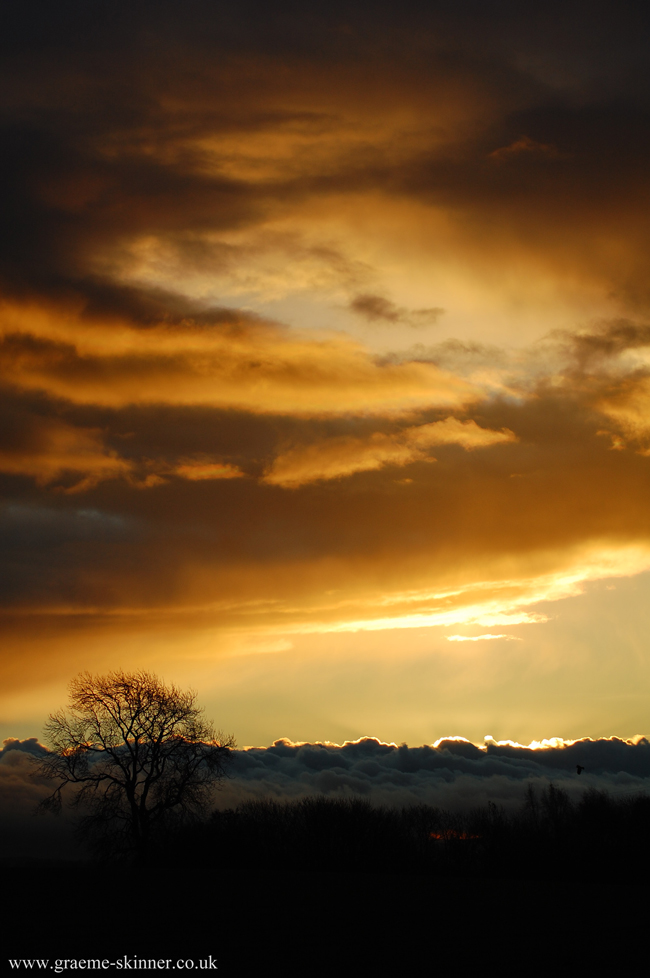 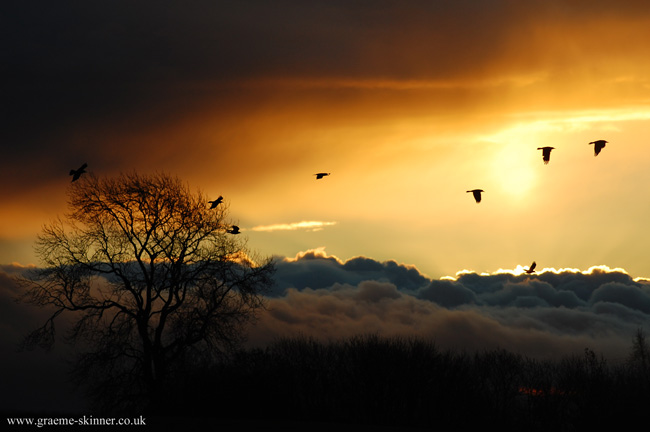 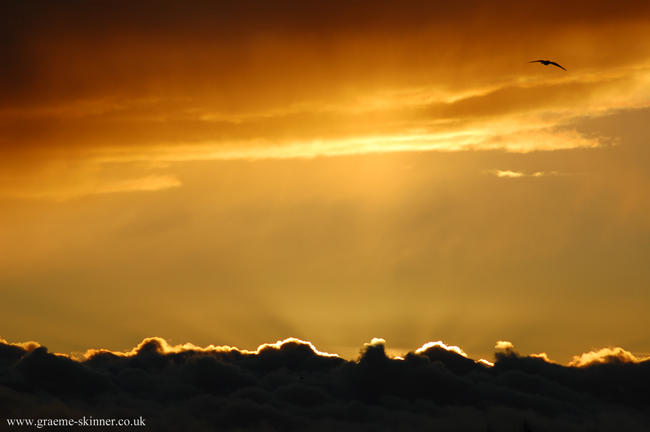 I was quite lucky to catch the birds against the brighter sky, they all settled in a nearby field a short while later so it really was a quick few shots before they vanished. 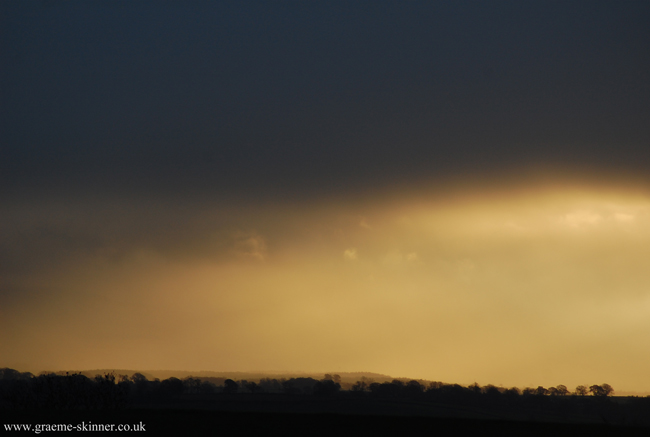 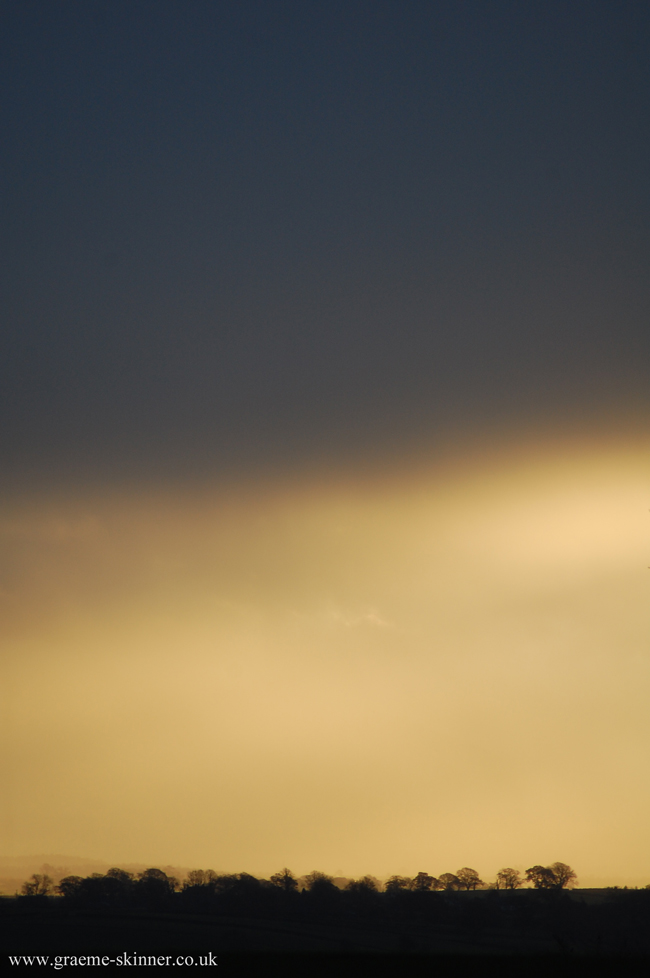 These two were taken a short while later as the Sun had risen just a little, the second of the two shots is crying out for some text over the top of it 😉 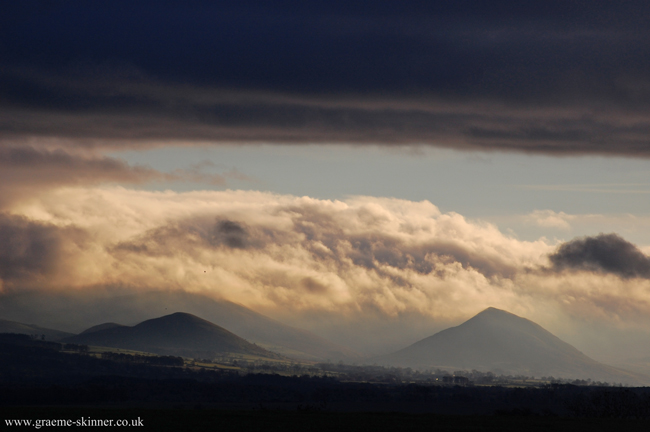 And a while later still as the cloud was trying to clear from the Pennine hills.