A slight departure from my usual stuff I suppose but this morning I decided to play with some Derwent pencils for a while. Rather than use them as I normally do, to sketch out a rough idea before painting, I decided to complete a drawing with them on a nice piece of crisp white Bristol paper. Another slight departure was the subject matter. 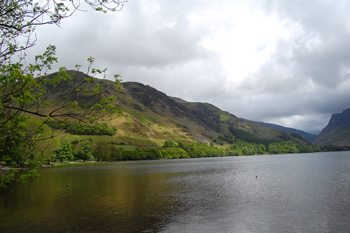 The weather outside was rather wet and windy when I started so a reference photograph was good solution, the one chosen was taken last week at Buttermere looking down the edge of the lake towards High Snockrigg and Robinson, okay there are quite a few other fells in there but I won’t name them all right now – I only mention Snockrigg as I like the name 😉

I did take some work in progress photographs, but I won’t post them all here as you can probably quite easily imagine the drawing process as it grows from the first layer of clouds being added down through the fells (working right to left for a bit of a change). A slight rehash of the clouds followed by blocking in all the trees along the lake shore area. Finally the water was poured in and then a few highlights added using a putty rubber. 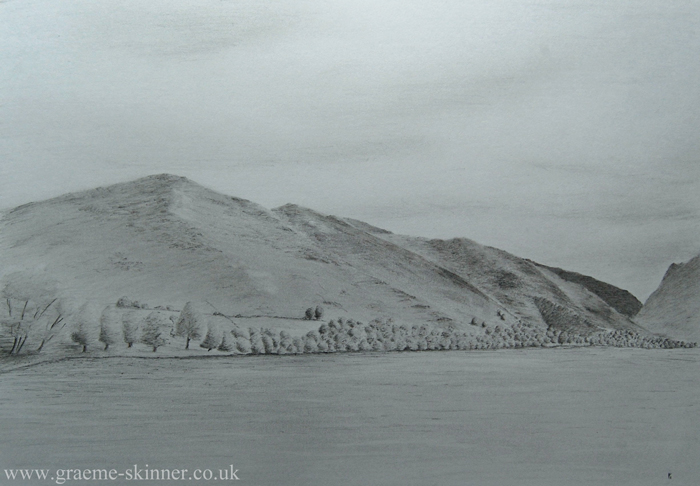 Next time I’ll try it in watercolours maybe….

One Thought to “High Snockrigg & Others…”