Back in 2009 we excitedly placed an order for a sculpture from Weta. Now, we don’t normally go in for large sculptures, but this one was to be of Smaug™ the Golden and was the first piece in John Howe’s and Weta’s range of sculptures from Middle-earth™ The illustration of Smaug™ the Golden by John Howe is probably known by everyone who has read The Hobbit. 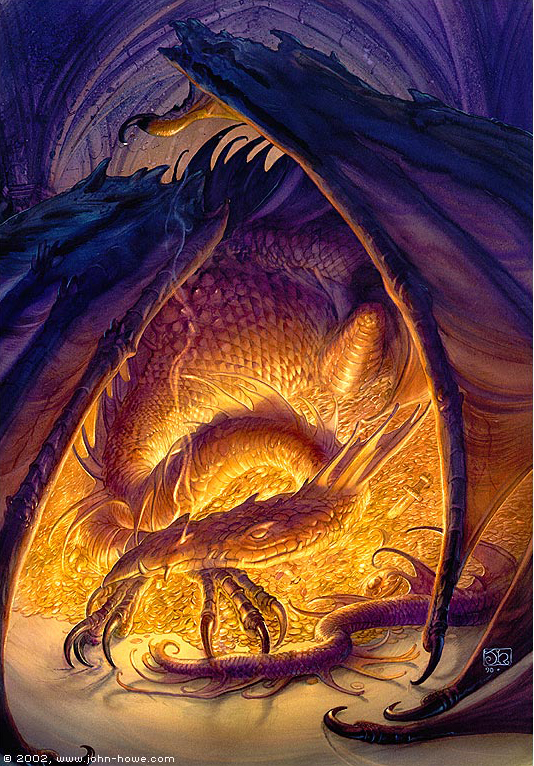 Now, when I look at an illustration like this, I must admit I didn’t think it would be possible to recreate it in 3 dimensions and that it would still have the same visual impact. Then I saw the images on Weta’s webpage for the sculpture link and I realized it was something we really needed to buy. As it was only a few months until Christmas (in 2009 this is) we decided to treat ourselves and call it a combined present to us both. So, we ordered and sat back expectantly. This is where the technical issues crept in, there were, it appears, issues with the base which meant people who had already received their dragon were not happy with the piece. At this point Weta put the product on hold and scratched their heads and came up with a solution which to my eyes has improved the piece – I’m not a fan of simulated wood finishes and would have been tempted to replace it with real wood, yet the solution turned out to be replacing the simulated wood base with a polystone base which gives it a marbled appearance something I find more in keeping with the piece anyway. So, the deadline changed a few times for delivery, which given the production issues isn’t all that surprising really, then a week or so ago I received an email from Weta saying the shipment had arrived in the UK and was ready to wing its way to our address.

This morning, the van arrived and the doors opened to reveal a huge, and I mean HUGE box. I returned to the house – very carefully, and prepared to open it. 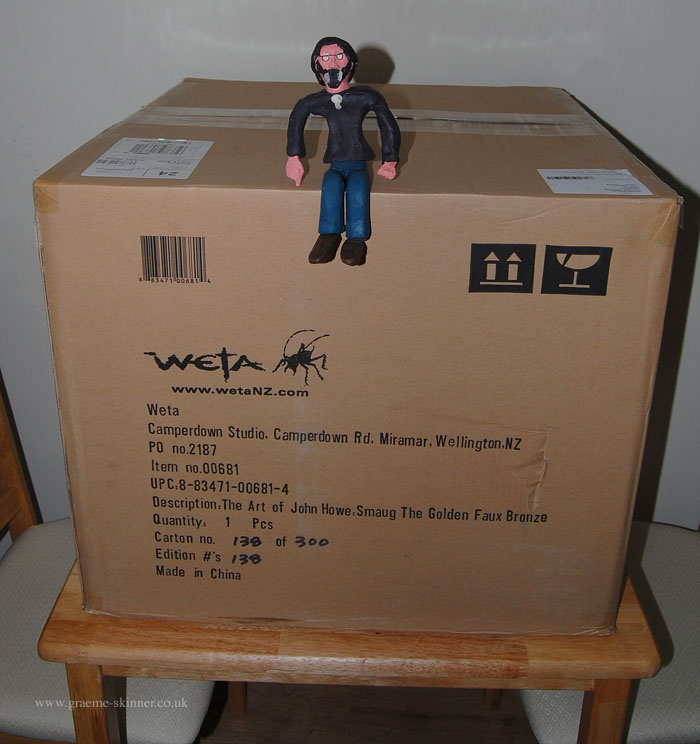 Upon opening the box we were greeted by unpacking instructions, not something I’d seen before, but then, this is the first dragon we’ve received by courier 😉 We carefully removed the outer box and opened the inner box, inside this was a spanner and a huge cube of polystyrene. The three bolts which kept the sculpture in position for shipping were quickly removed and we removed the polystyrene layer by layer. 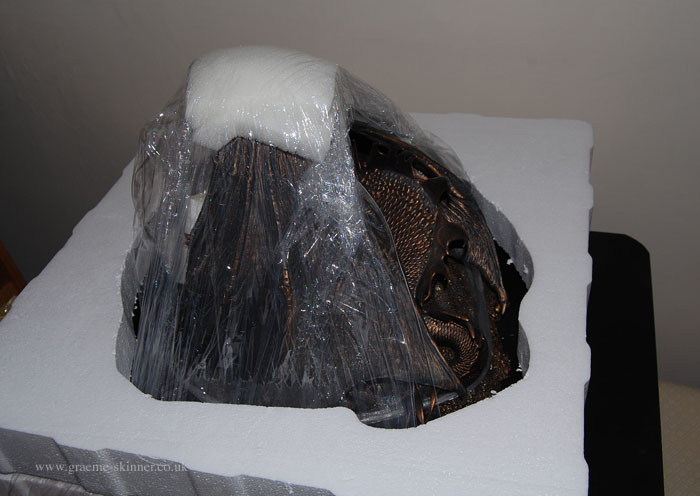 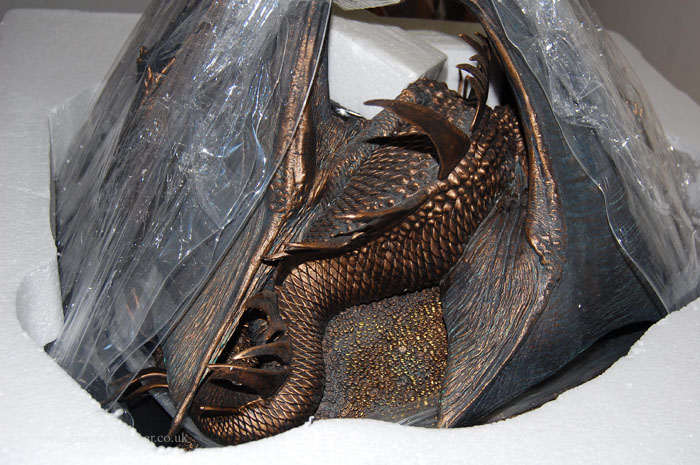 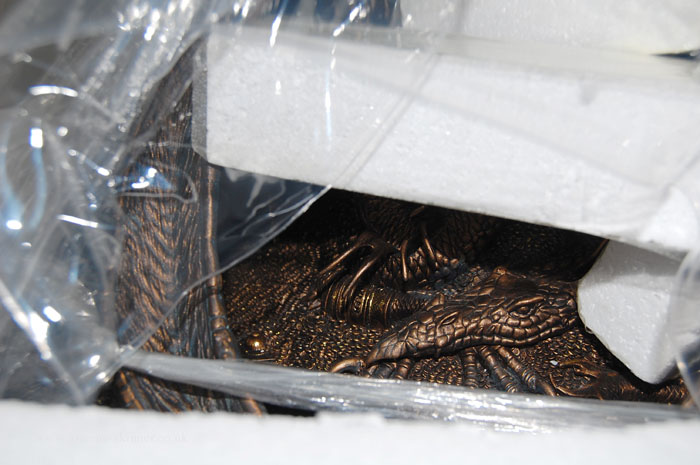 Once all this was removed we stood back, and our jaws dropped to the ground, it is a stunning piece, really one you have to see in real life to get the full impact of. There are so many little details that you miss first time round that jump out at you when you look from another angle. It’s one of those pieces that we’ll spend quite some time looking at and slowly discovering new parts and details on. 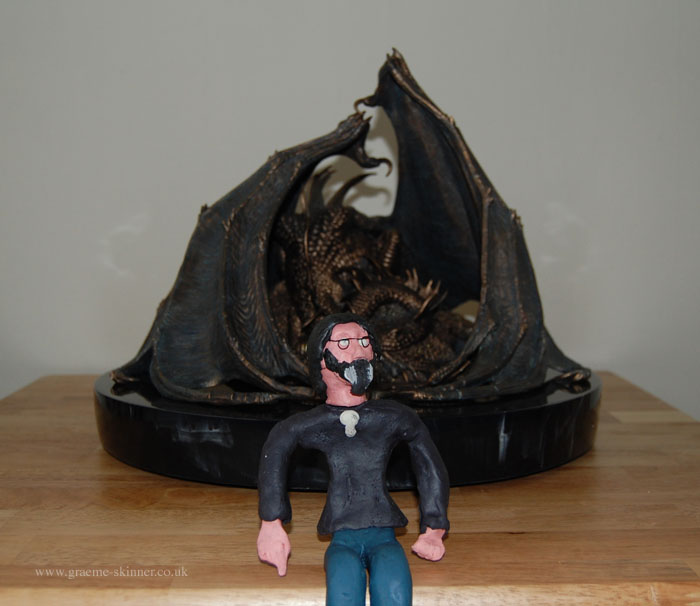 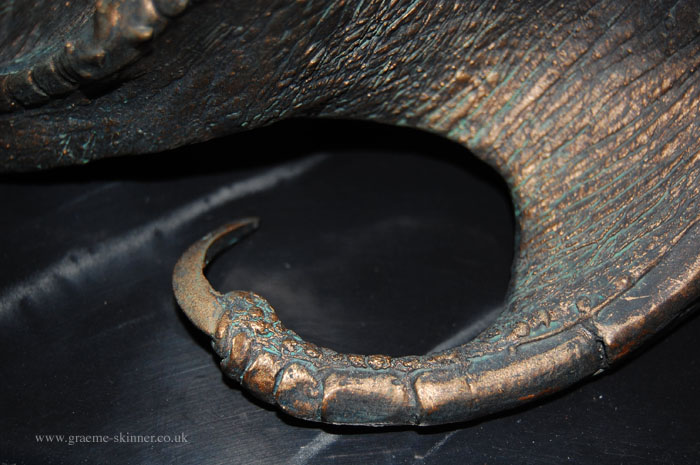 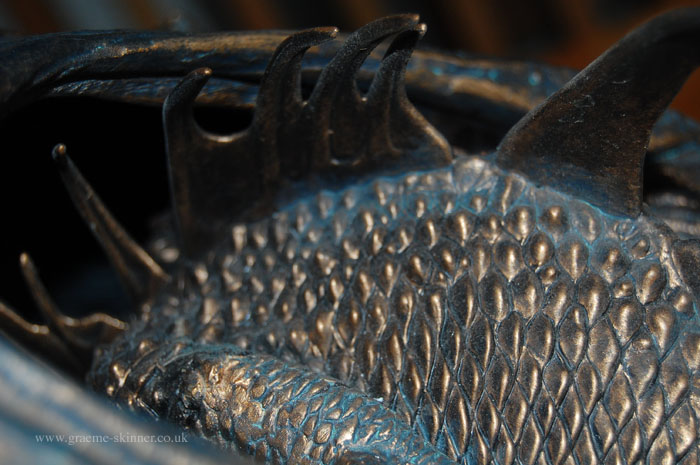 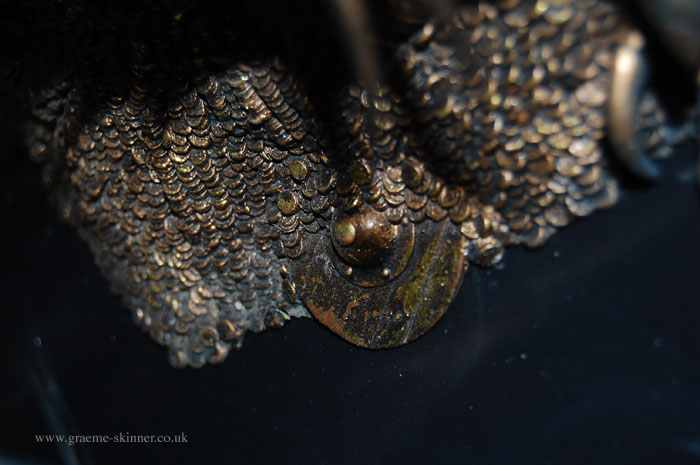 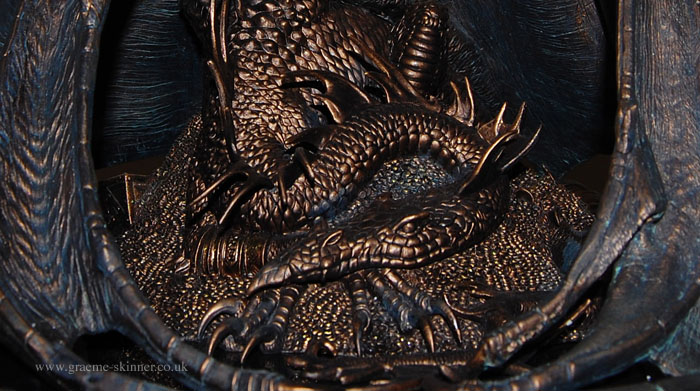 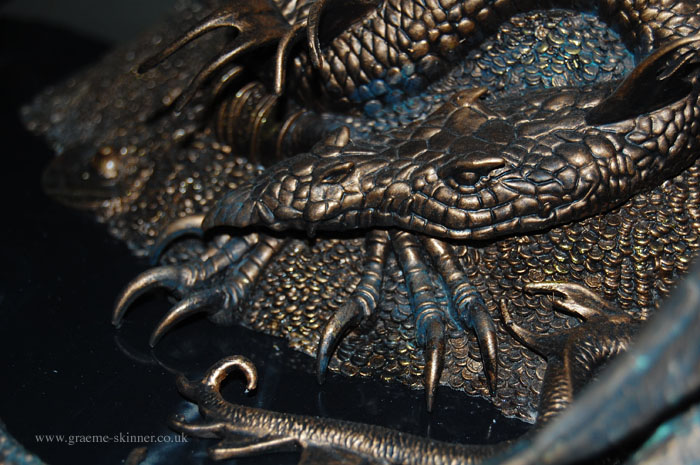 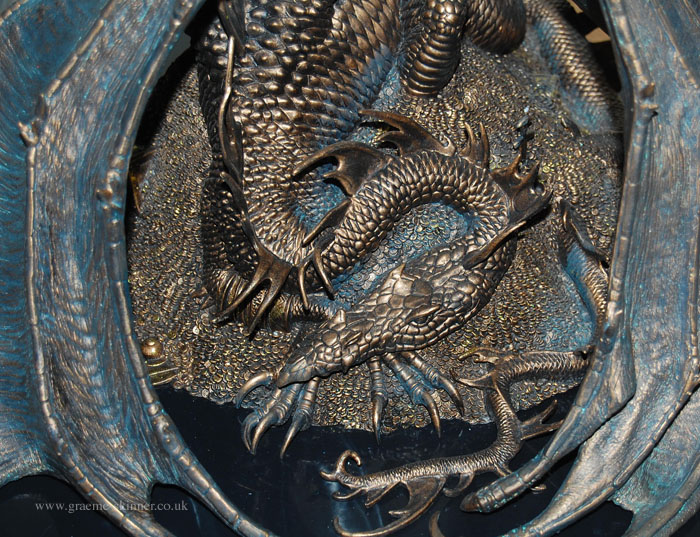 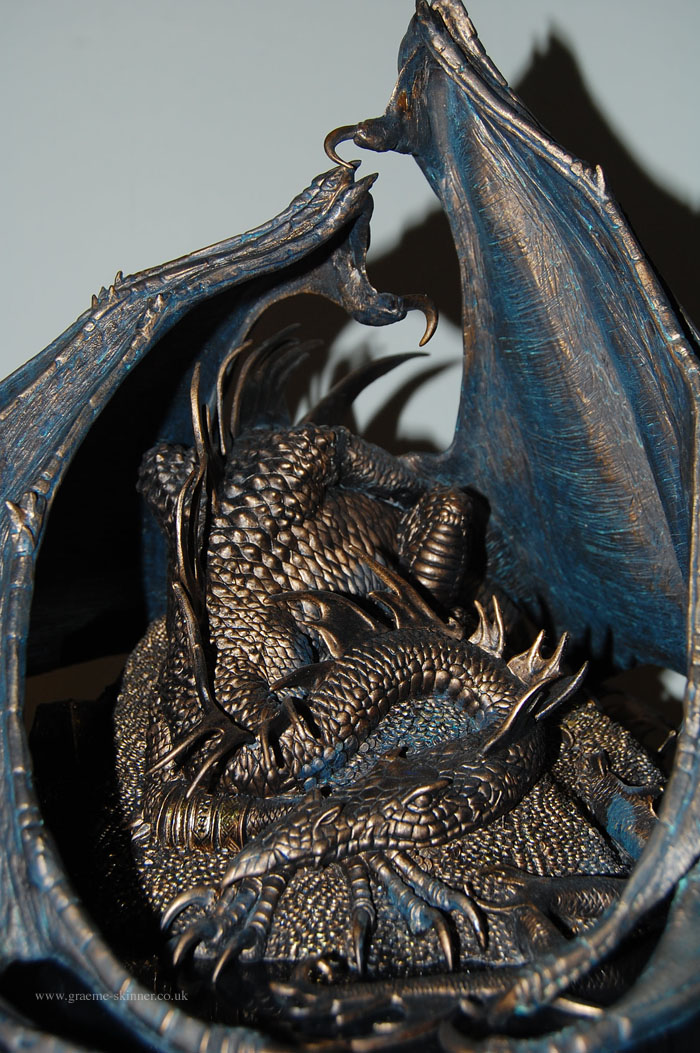 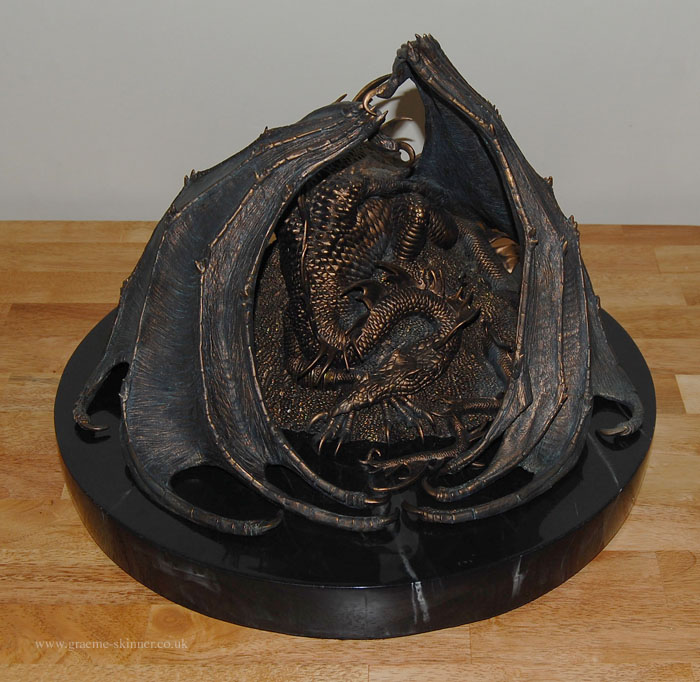 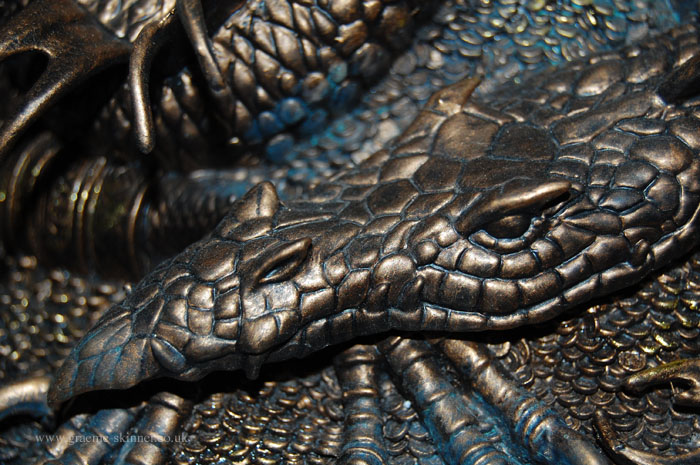 So, what are you waiting for? there’s a limited number available 😉 Now, I just need to work out which body parts I need to sell in order to get the next sculpture.

2 Thoughts to “A long expected sculpture”