I set off to work a few minutes early this morning so I could take a couple of photographs. I’d been reading reports of the aurora borealis when I woke and decided to try and spot some (I’d have stayed up to watch it during the night but I need my beauty sleep before a long day at work ;-)). The aurora wasn’t really visible to the naked eye when I got to the car park, though every now and then I caught a glimpse. Venus however looked really bright above the Pennines. 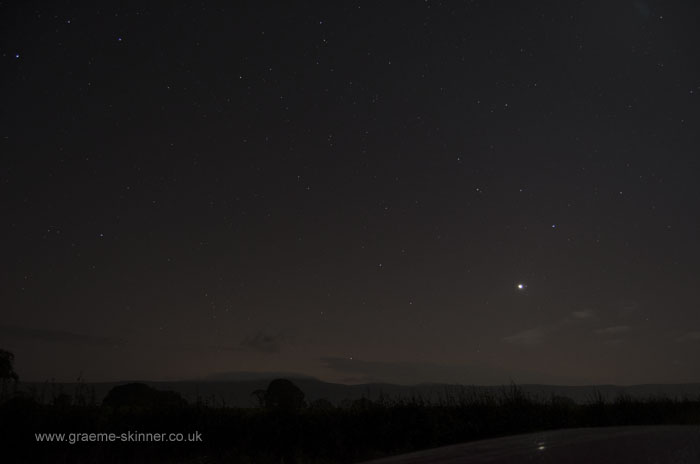 I took a few photographs looking North and East before turning to photograph Jupiter above Orion. 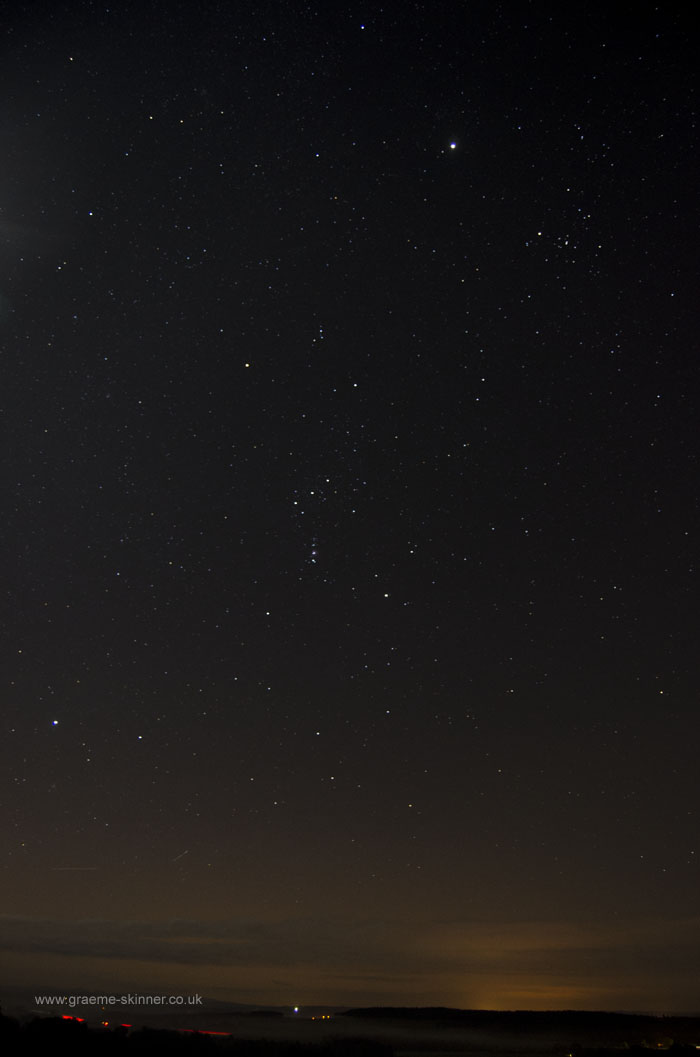 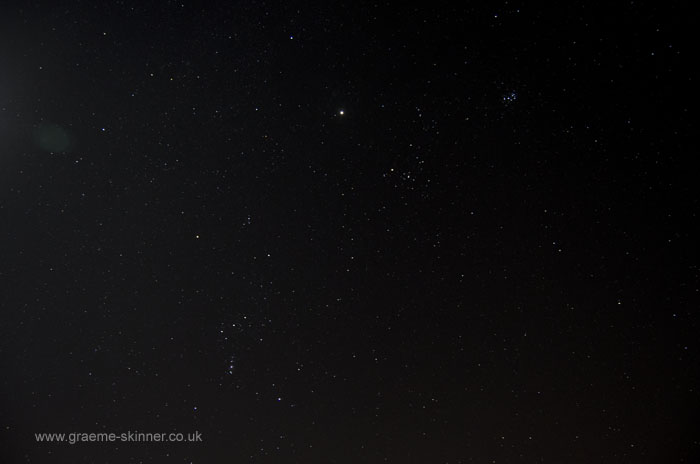 When I looked at the photographs a while later on the camera’s LCD screen I noticed a bit of glow on some of the photographs, which became much more noticeable when I put them on the computer at home, I had captured a bit of aurora after all 😉 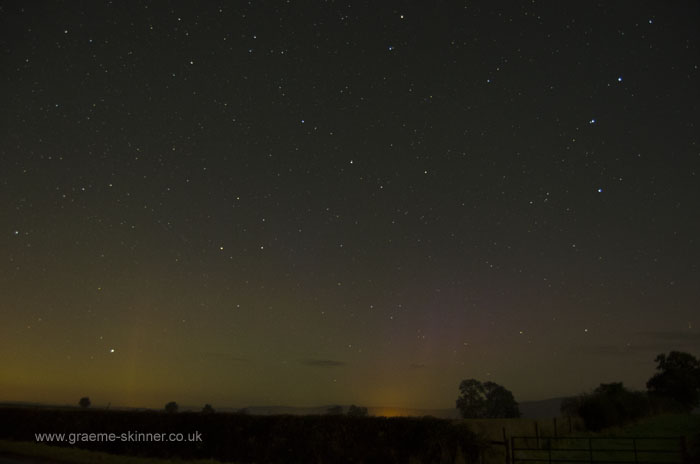