We decided to stay up a bit later than usual last night to catch a glimpse of C/2020 F3 (NEOWISE) – hereto known after as Neowise, or Neo the Wise. Anyway, we sat and watched the sky change and the stars slowly appear, it became a little chilly so I grabbed a glass of whisky (I’ve got to consider my health after all ;-)). The horizon where Neo the Wise would be putting on its show was cloudy, the cloud gradually built up so we retreated inside. Scroll forward a couple of hours and I popped outside again to see how the sky was looking, most of the cloud had moved and we stood for a while watching Neo the Wise play hide and seek with a little bit of cloud, as the temperature continued to drop we decided to call it a night, it would however have been unwise to stay in bed when such a display was going on outside. 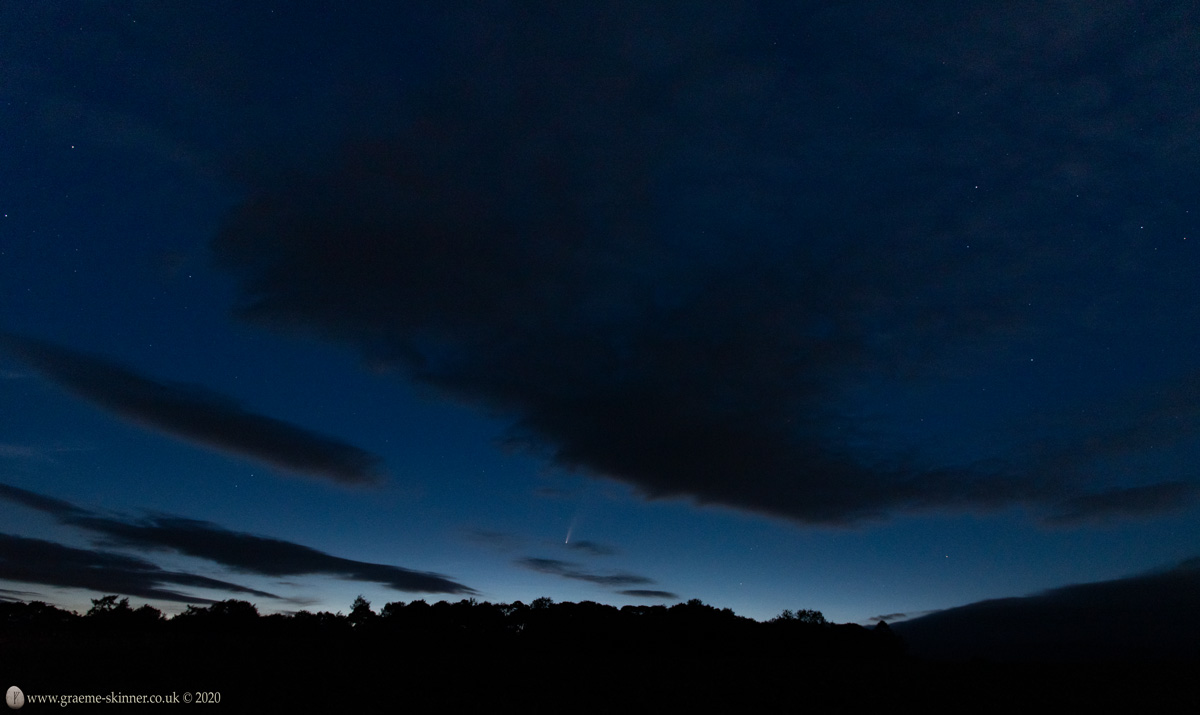 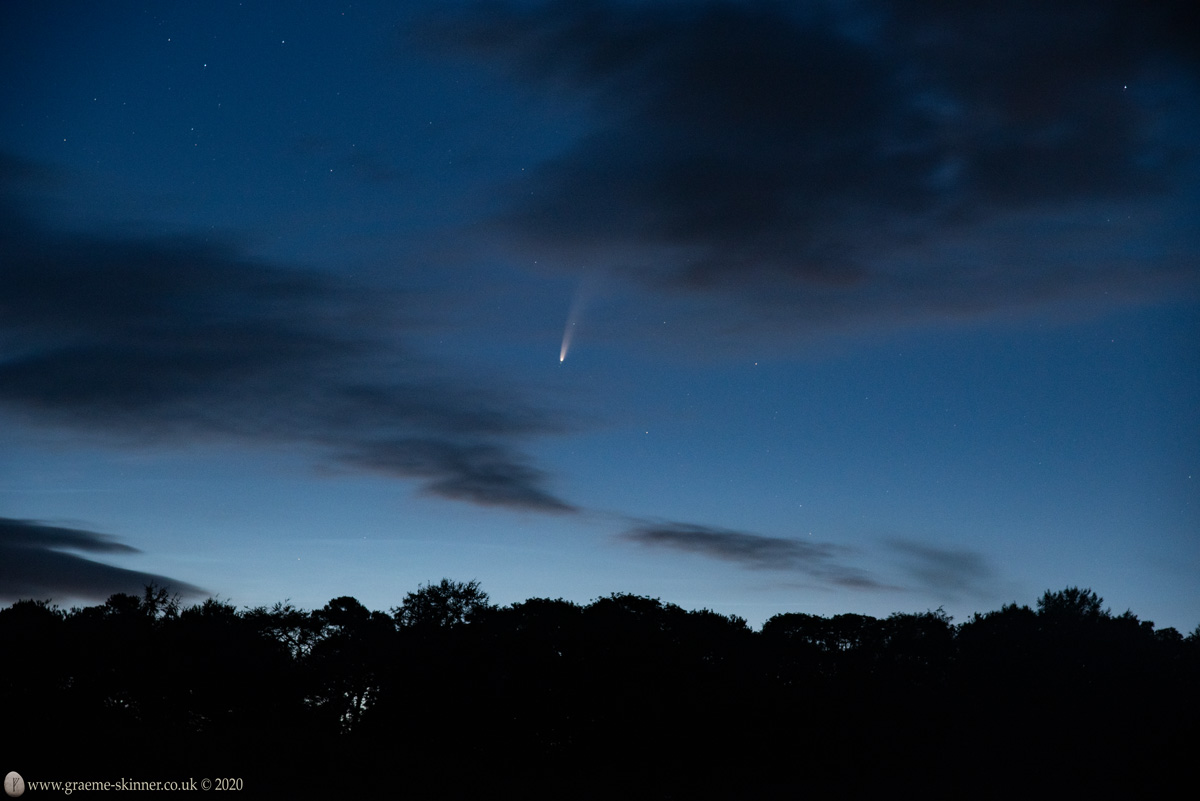