I was quite looking forward to my week off work, the veg plot needed clearing out then dug over, and for once the weather was looking promising. So what happened? Well, my mind kept going back to a rough sketch I’d made a while ago, I was thinking about how I would tackle painting it. Not only was I thinking about the technicalities of painting the scene but I was busy thinking about the story that went with it, who loved there, why it was located where it was…. 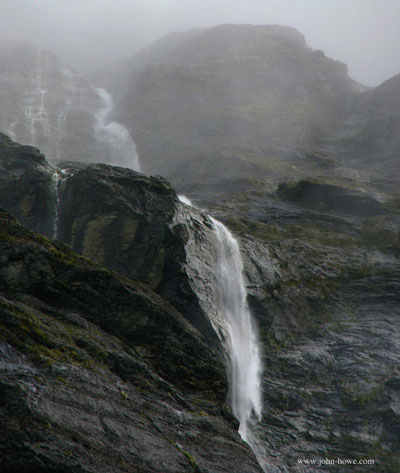 That’s one of the problems about being easily inspired, or should I say the problem with being easily distracted. This particular distraction started a few weeks ago when John Howe posted a photograph a waterfall from somewhere in New Zealand. I have a particular liking for waterfall images and when I looked at this one for a short while I started to imagine a watch tower beside the falls, then the watch tower became a castle. Once I’d thought of the castle above the falls I made a quick sketch, it looked a fairly simple painting to work on so I started to draw up the castle. That’s when I came across the my first problem. The perspective was wrong, so I sketched it out again rough to get a better idea of the layout and started to draw it up again to paint. For some reason after several attempts the perspective was never right however I drew it up and so I decided to ‘go digital’ and try to work out some basic perspective so I could transfer it to the drawing.

An hour or so at the keyboard later and I’d created something that would have given Escher nightmares. Seriously, adding a few walls to the top of a waterfall shouldn’t be this difficult.

There was only one solution really. I left it alone for a few days and hoped when I returned to it with fresh eyes I’d have a solution, and I did. In the end it was a case of going back to basics and simplifying everything, though I did have to improvise to get to the vanishing point… 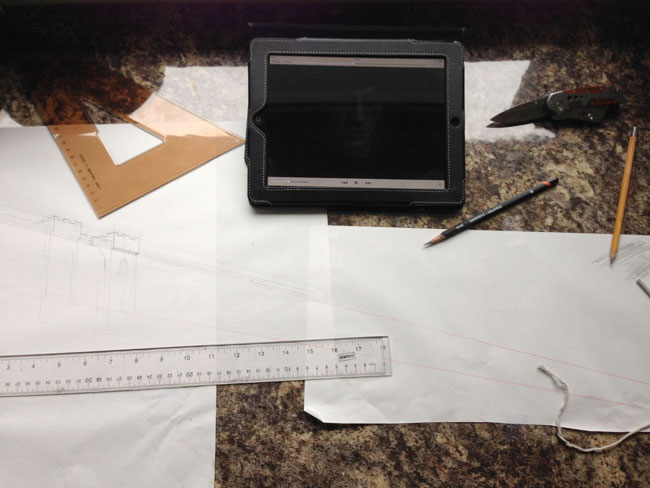 Of course the ruler wasn’t long enough so a piece of string had to be fixed at the vanishing point, and I still ended up with a bad head now and then working out which line went where, but thankfully there was enough to go on. The actual painting of the scene was fairly straight forward if a little time consuming due the way I decided to fill in the stonework of the castle 😉 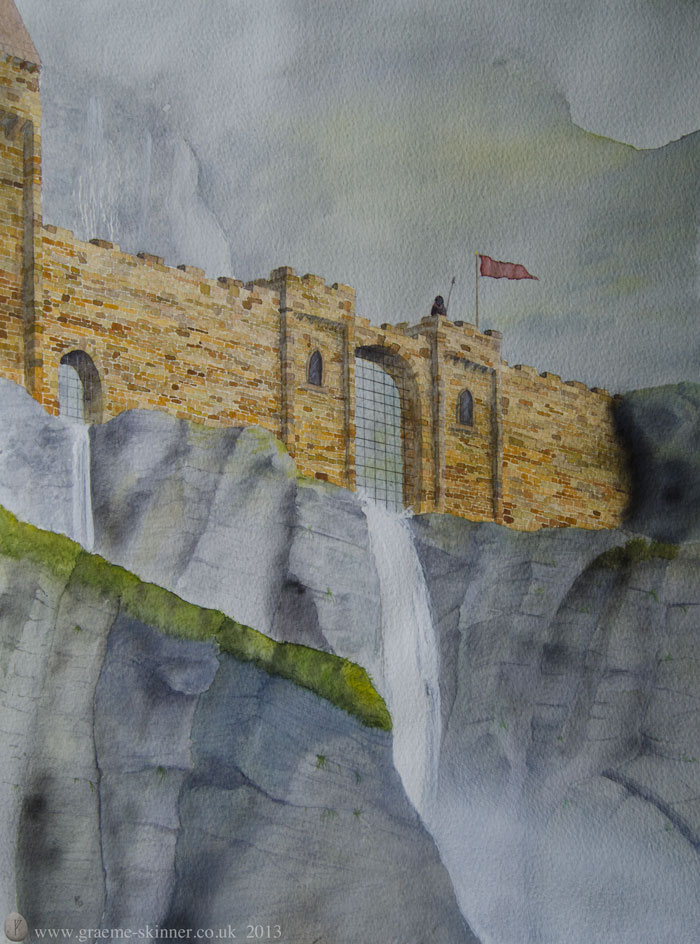 Now I just need to write the story to go with it, but that can wait until another day.