I had to work New Years Eve again, not that I mind missing out on a hangover 😉 Well, the last time I was off work for New Years Eve I didn’t see midnight anyway as I fell asleep early in the evening. Anyway, I was getting my gear together for a night at work and I looked out of the window, the sky was half clear and the wind was dropping. So, as I’d not had many opportunities to take photographs recently I loaded the camera and tripod into the back of the car. Once at work there wasn’t time to take any photographs and midnight was rapidly approaching, then there was a nice gap both in cloud and work allowing me five minutes to set up and take a few snaps.

I’ll only post one photograph, it’s my final 2012 image which is a bit different from the first photographs of the year. Anyway, here’s Jupiter sitting just above Taurus (above the big chimney) to the left is Orion, and to the right still one of my favourites the Pleiades. 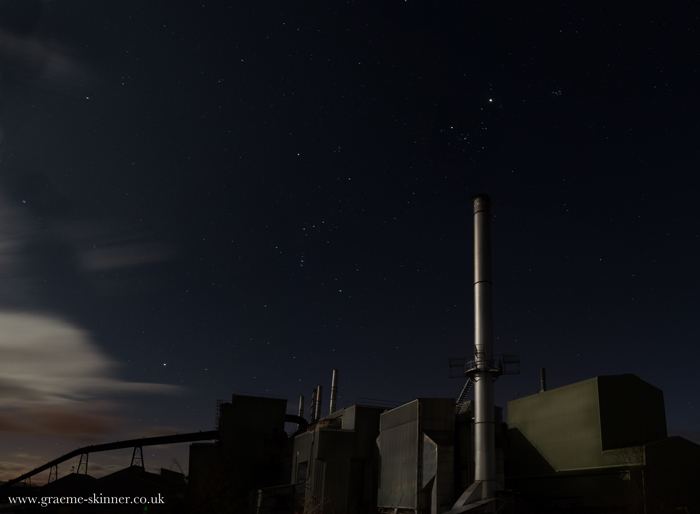 One Thought to “Last photograph…”