Okay, I’ve already said that I enjoyed this morning for the moonlight, stars and sunrise link. What I did not mentioned was the annoyance felt as I wandered along at the various bits of rubbish left behind. It really does amaze me that some people are so ignorant and selfish that they think they can dump whatever they want out of their cars wherever they want to. When you think about it, they go to the trouble of driving to a take away or drive through fast food outlet, drive out of town, eat or drink whatever it is and then dump their rubbish out of the window. 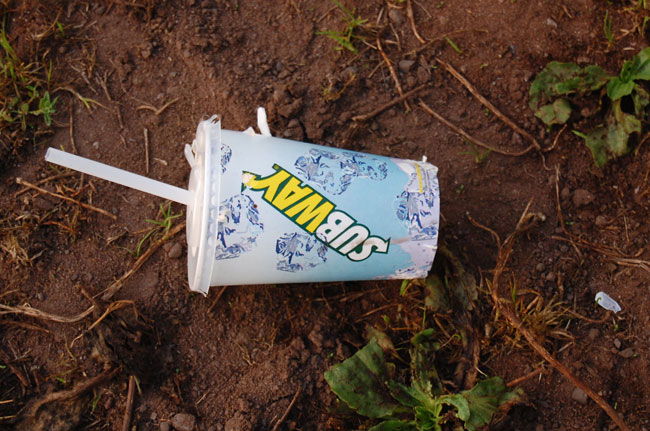 Perhaps these drive through fast food establishments should consider automatically printing the car registration number on the bags and containers as they dispense them. Then when they’re found on the roadside the police know whose door to knock on. More worrying next to one small car park on my wander was the amount of amount beer bottles and cans. 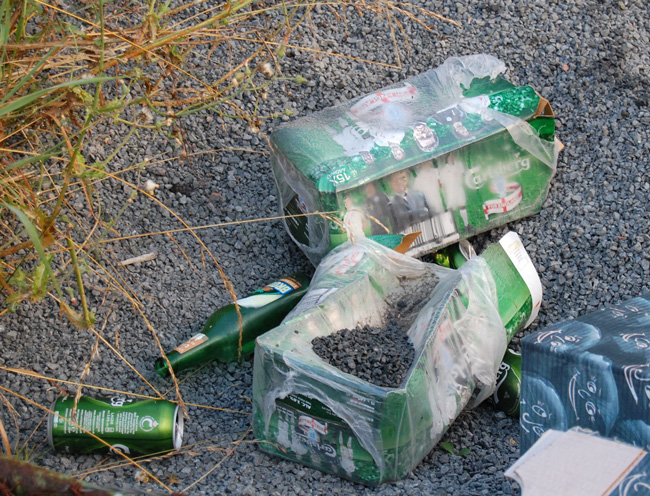 You’d hope it was the passengers drinking and not the drivers, but having seen how some of those that park here drive I’d not be so sure. I realize that scum like this exist nearly everywhere in this Country, but it’s such a pity they haven’t got the basic good manners to take their rubbish away with them and put it in a bin. Someone once said to me, “if they behave like this in public image what they’re like in private”; well, I’d rather not imagine, I’ve seen “How clean is your house” and that’s enough for me 😉

Oh yes, before anyone says it’s not the fault of the fast food outlets, I’d agree, but at the end of the day it’s their product and names that are getting dumped in our Countryside.