Some things stand out and make me think “I wonder why….”

Today was one of those winter days where all you want to do is build up the fire and and watch the World slide by. Slide being the relevant word here, sadly we had to go out early this morning so we wrapped up and set off in the car. Halfway up the hill the tyres held up a white flag and we were stranded, a careful three (or was it six) point turn later and we were sliding downhill hoping that at some point the car would either slow down and stop or that whatever we hit was nice and soft.

A couple of hours later I went for a wander with the dog and a shovel in search of the grit piles Cumbria County Council claim to have topped up around the County. My intention was to throw enough grit onto the road to make them safe again, a simple intention, but one doomed to failure. Unfortunately all the grit piles the Council had supposedly topped up were no where to be seen and so I had to leave the road like I found it looking like this – 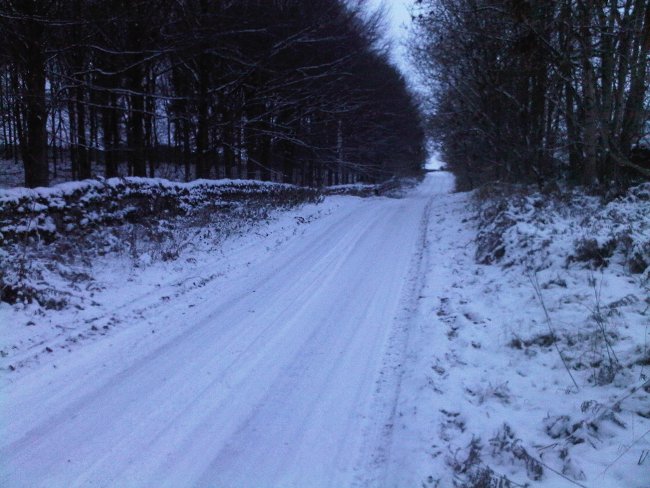 A few hours later and I went for a walk up the hill, the road had seen a bit of 4×4 use and the snow has compressed and frozen into something you’d normally see Torville and Dean dance the Bolero on. I was about to turn back when I noticed something odd, in the distance I could see the road surface, not just a little clear patch but the whole road. When I got closer it was obvious the road had been cleared and treated, the line between the treated and untreated areas was quite obvious – 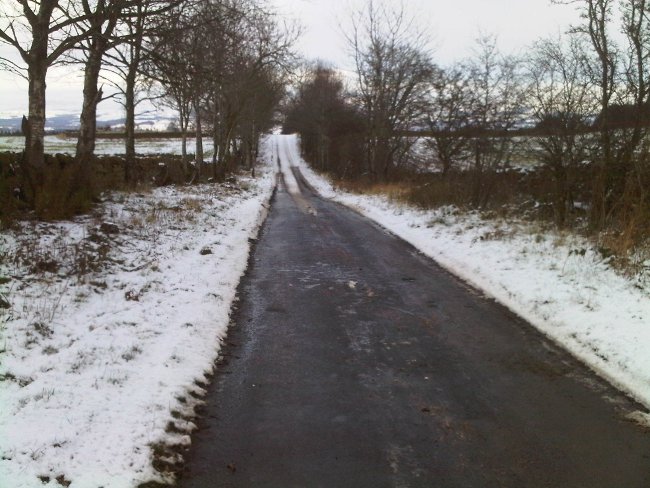 So, I started to wonder, why would the Council clear half a road? Has someone with a bit of clout moved into the area? If someone has a better idea of why the Council would take the trouble to drive up the hill and only clear a portion of it I’d be interested to hear it, but for now the word ‘nepotism’ is running through my head 😉 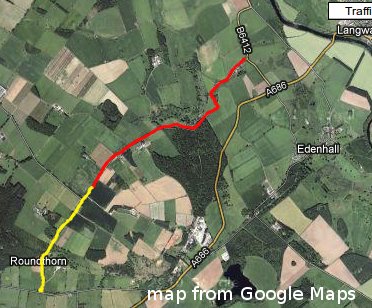 I’ve made a number of requests to the Council to have the grit piles topped up, the requests so far have fallen on deaf ears.

4 Thoughts to “Makes you wonder…”