I took a slightly different route for my morning walk, it was quite enjoyable and I certainly discovered a couple of new views which will be worth visiting again in the future.

The clouds were quite heavy first thing, and there had been a dusting of snow, but the light breaking through the cloud and hitting the Pennines attracted me to make another panoramic, there is a larger version of the above image here.

There’s more to the above image, but for some reason the right hand side was blurring oddly when it was stitched, I’ll have to play some more with it in future when I have more time. Finally I noticed a rock jutting out of the hillside in the distance and having a liking for standing stones and just big lumps of rock in general I decided to investigate. 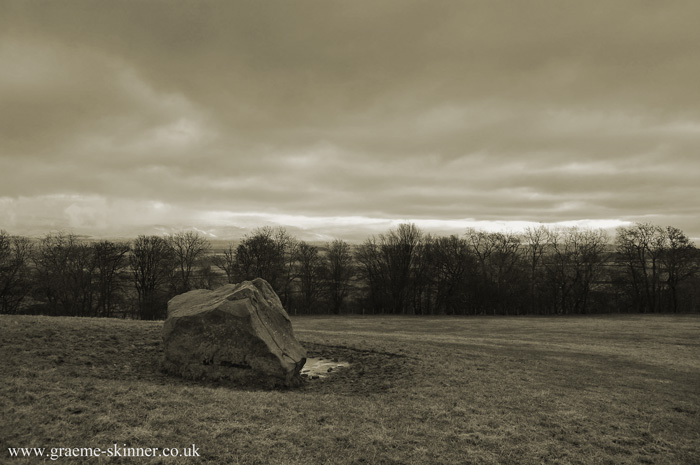 One Thought to “A different route”