My morning was pretty much planned, sketch some ideas which had been niggling away at me and then paint. I did eventually sketch a few ideas, but first I was a little distracted by taking photographs of the Sun.

A while later I tried out the solar filter I’d bought to photograph the transit of Venus (which I missed due to cloud cover ;-)), a few Sunspots are visible and it was interesting to try a few exposures. 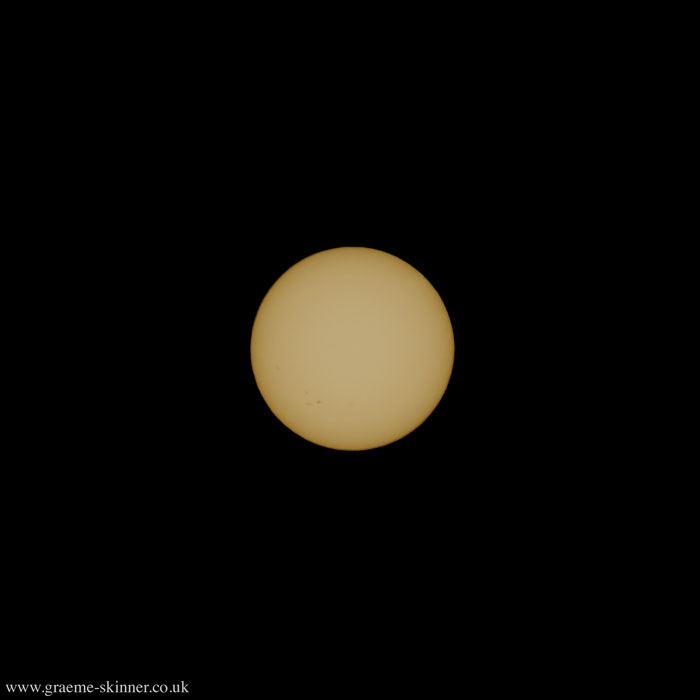 Remember pointing a camera (or any optical device) at the Sun without a filter can result in you frying your eyes, or the camera, or both 😉