I’ve been pondering the Two Trees from J. R. R. Tolkien’s Silmarillion lately, or I should say I’ve been pondering how they would look and what form they would take – not only that I’ve been pondering how much light there would have been to see them by, the quality of the light…. In fact I’ve been pondering far too much 😉 Anyway, I thought this passage “…as they watched, upon the mound there came forth two slender shoots; and silence was over all the world in that hour, nor was there any other sound save the chanting of Yavanna.” from Chapter 1 of The Silmarillion was worth attempting, so I did 🙂 This was something of a departure from my normal technique, I decided to try combining one of my photographs with a bit of digital doodling in Photoshop. 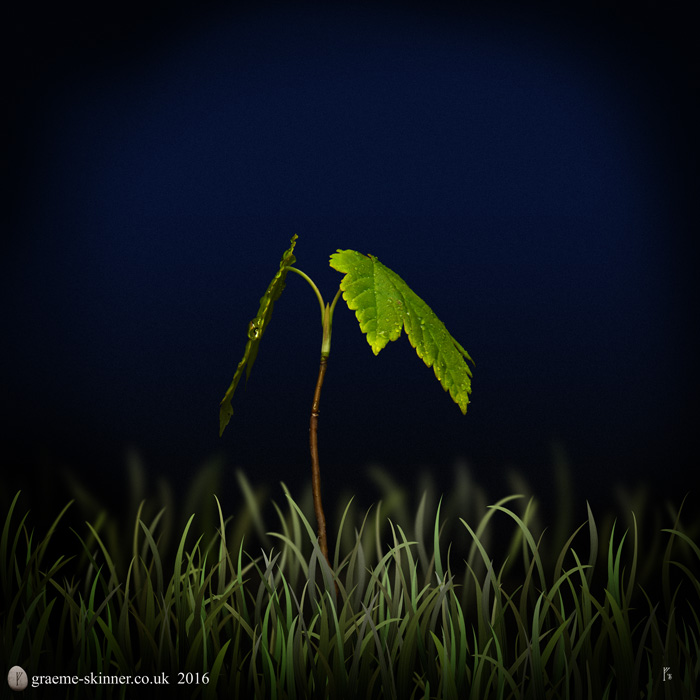