We woke this morning to clear(ish) skies and mist filling the valley below, the combination of mist and pre-dawn light was calling “come and play…” but the need to work and pay bills called louder. As a compromise I set off early in the hope of grabbing a quick photo before work. Halfway into the journey and the car almost drove itself on the slight detour down to the river Eden at Lazonby. I’ve been there a number of times before, and normally around this time of day with mist rolling across the fields and swirling up from the river.

As I was really supposed to be on my way to work I kept glancing at my watch but it wasn’t easy to resist the magic that a misty morning can summon. Luckily there was no traffic on the nearby road to distract me as I stood there beside the river, it felt as if you could just take one tiny step and end up in a world of fantasy. Time however waits for no one, especially someone daydreaming by a mist shrouded river and a short while (and several photographs) later I was back in the car and continuing my journey to work.

Driving along I thought back to my other visits to that particular location and how it had become a favourite haunt of mine on misty mornings. Minds being what they are mine quickly started to wonder where the phrase “favourite haunt” originated from, it turns out….

haunt (v)  early 13c., “to practice habitually, busy oneself with, take part in,” from Old French hanter “to frequent, resort to, be familiar with” (12c.), probably from Old Norse heimta “bring home,” from Proto-Germanic *haimat-janan, from *haimaz- (see home). Meaning “to frequent (a place)” is c.1300 in English. Use in reference to a spirit returning to the house where it had lived perhaps was in Proto-Germanic, but it was reinforced by Shakespeare’s plays, and it is first recorded 1590 in “A Midsummer Night’s Dream.” Related: Haunted; haunting. Middle English hauntingly meant “frequently;” sense of “so as to haunt one’s thoughts or memory” is from 1859. **

Anyway, etymology aside it was the sort of morning where you’d not have been too surprised at a spectral figure wandering out of the mist to say hello, did I say not too surprised? I’d still be running as fast as my legs could carry me now if someone had appeared.
I know I’ve mentioned before how I find misty mornings inspiring, they recharge the creative batteries which is needed at times. Luckily inside my work bag was a copy of Fantasy Drawing Workshop by John Howe, a sketchbook, and a roll of Derwent Pencils***. It felt fitting to pull a book on fantasy art out of my bag after a brief stop in the mist by the river. In the end I didn’t draw anything mist related, nor anything to do with rivers or haunts, but that’s another story 🙂
First photo after arriving by the river. 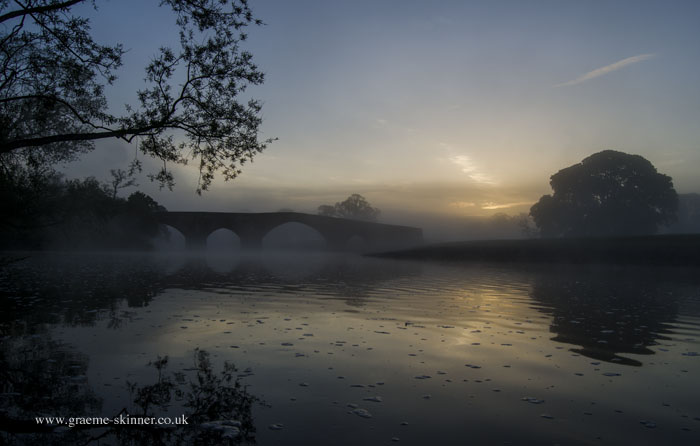 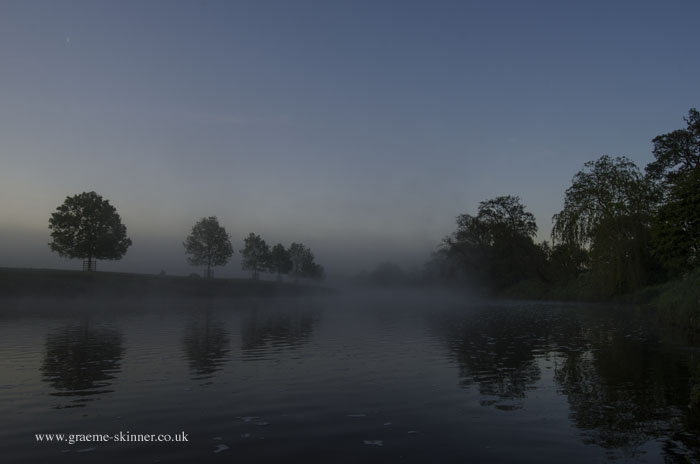 As the Sun made an appearance. 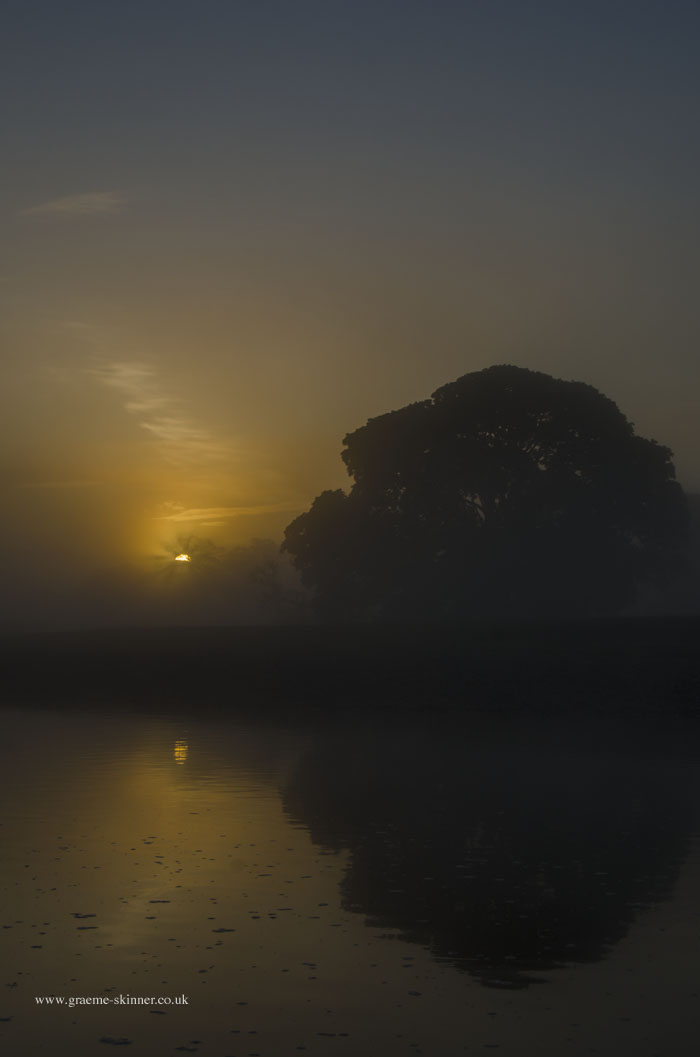 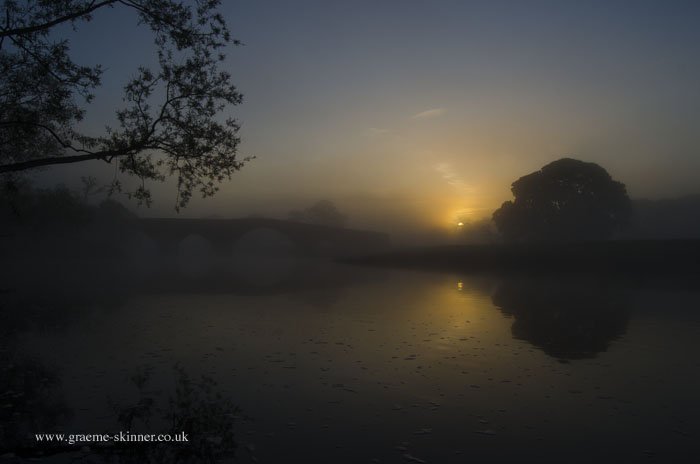 *Hanter – Old French “to frequent”.
**http://www.etymonline.com
***Much in need of replenishment 😉 I see a trip to Keswick in our future.