I took some photographs of the Moon yesterday illuminating some mist in the valley, and I found myself thinking about how much the Sun influences our lives. After all the light from the Moon illuminating that mist originated in the Sun, the light itself has a very different property when it’s reflected from the Moon. I’m not talking about the physical make up of the reflected light itself, I’m talking about the way Moonlight gives a distinct magical feel to a scene, especially when you add mist into the mix 😉 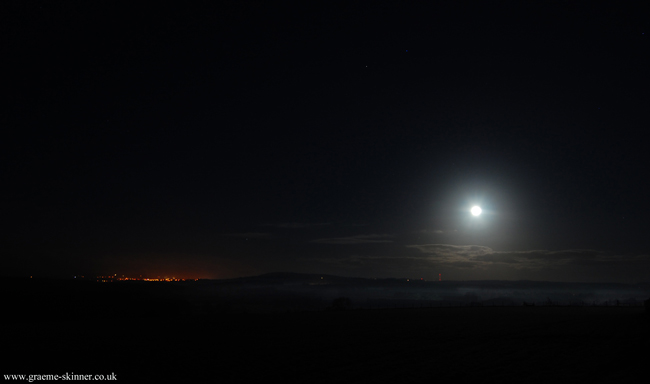 Twenty four hours later and I was trying hard to ignore the Moon and get home for some sleep, and in the end I did manage to ignore the Moon; I could not however ignore the way Venus looked rising above the trees when I parked up outside the house. So, I grabbed the camera and tripod and took a few quick images, as I was doing so I was struck by how different again the light was reflected by Venus compared to the Moon. There was a thin layer of mist which diffused the light just enough to make Venus look much larger than it should have looked, I quite liked the effect though 😉 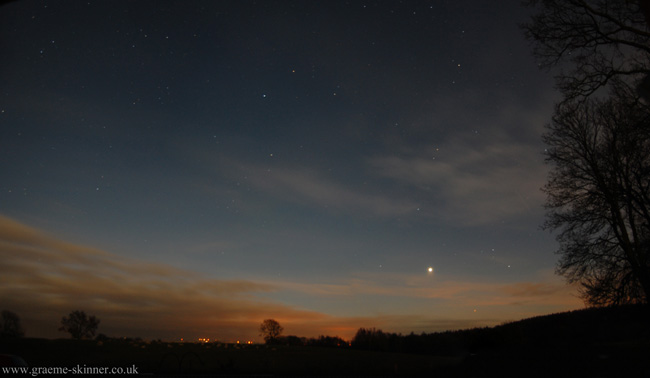