Yesterday the weather was up and down, one minute there was rain and high winds, the next there was nice patches of light hitting the trees and fields. Unfortunately all every time the light looked nice I was doing something else or by the time I got out with the camera it had turned to rain again. So, feeling the need to photograph something I opted for some leaves – 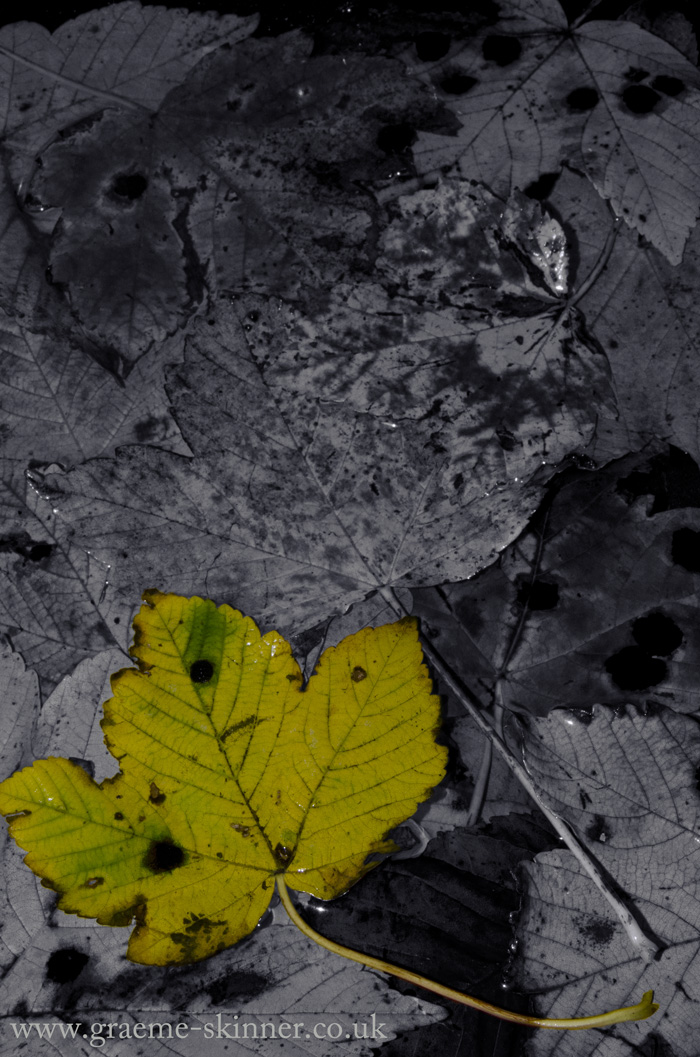 This morning, before the Sun had decided whether she was going to put in an appearance or not I was out in the lane watching the clouds flit by and stars appear and vanish. Rather than just stand and watch I decided to grab a couple of photographs, the first is of Jupiter above the trees (it’s the brighter dot lower left). 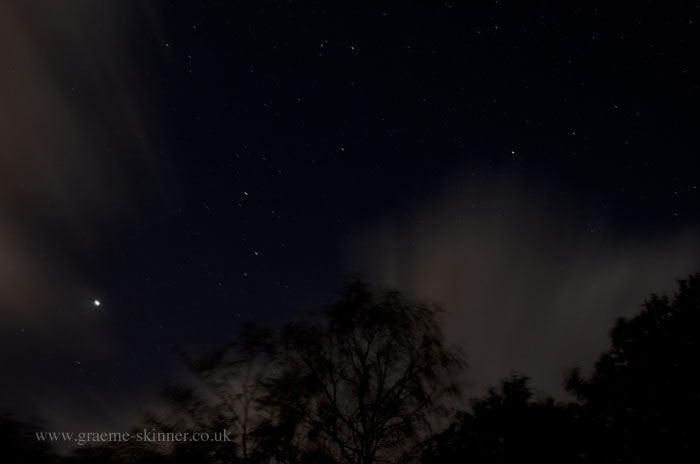 And then I turned the camera towards the Plough. 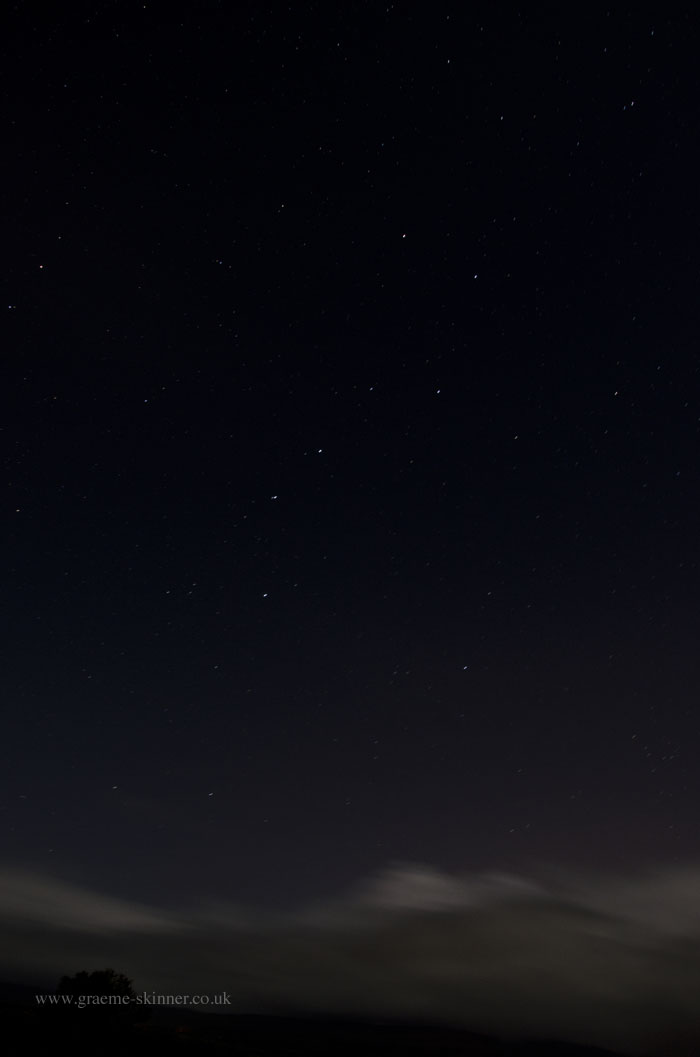 After this I went for a bit of a wander and as I returned to the house decided to watch the Sunrise, as the sky brightened I spotted a bird having a morning flight and managed a quick photograph. 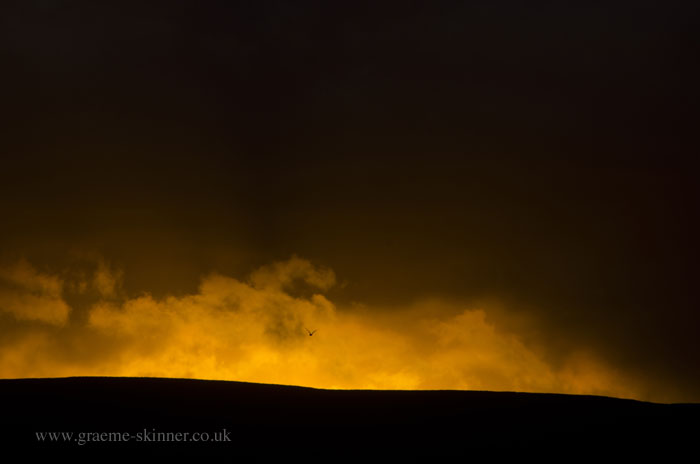