Oh yes, there was a landscape too 🙂

Yesterday I was having problems, nothing serious, but I was struggling to take a photograph to Blip. I took a few photographs on our morning walk but when I looked at them on screen none of them were any good. I took a cobweb, but there was no spider in it and the light wasn’t exciting; I took some shafts of light in the wood, but when I looked at the results it was a dark mush of nothing; my photographs of birds on the wires looked like dots on a string, I decided to wait and see what would happen. Well, nothing happened and I had to go to work. In desperation I took the camera and tripod to work with me, and it was lucky that I did.

I started with a photograph of things close by, so the fields in front of the box with the Pennines in the distance seemed like a good idea for a snap – 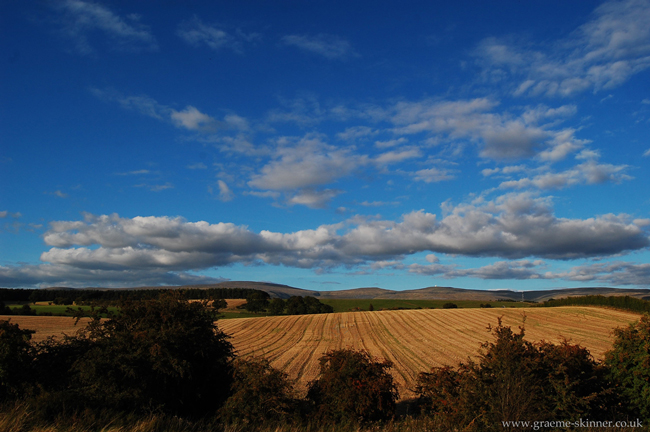 Then, a little later I spotted the sky changing nicely as the Sun started to set – 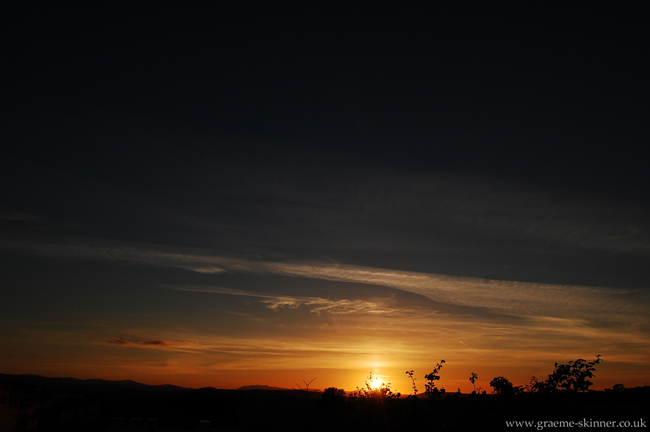 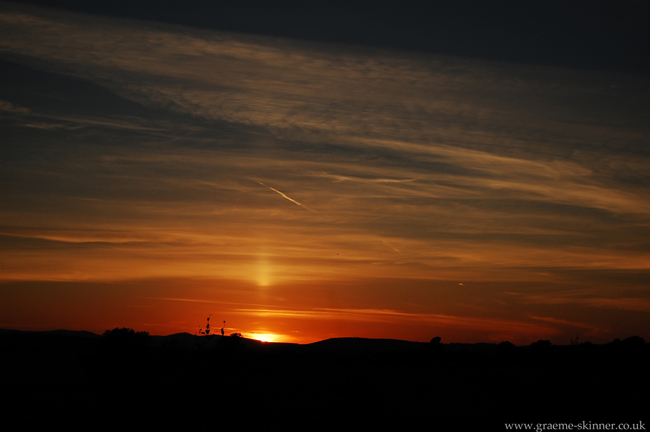 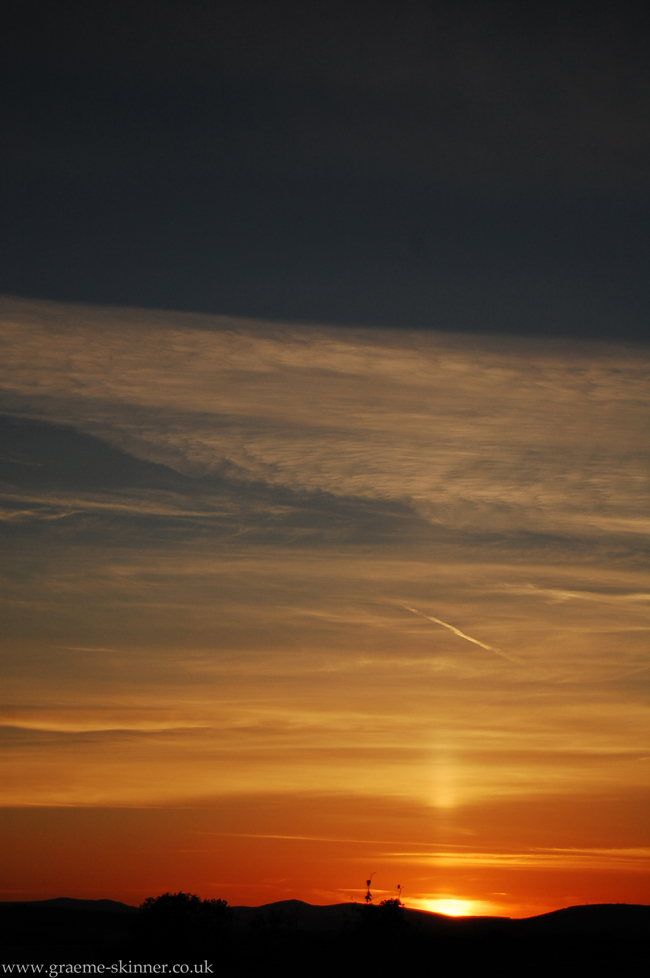 I’d not intended taking landscapes or Sunsets however, earlier in the day there had been a Tweet that the ISS (International Space Station) would be making a bright pass at 2104hrs and so I set the camera up on the tripod and waited, eventually the ISS rose above the factory buildings and I took a photograph. Happy that I finally had a photograph to Blip I stood back to watch the ISS pass overhead, then I spotted Jupiter was just starting to rise above the Pennines and I quickly pointed the camera in that direction – 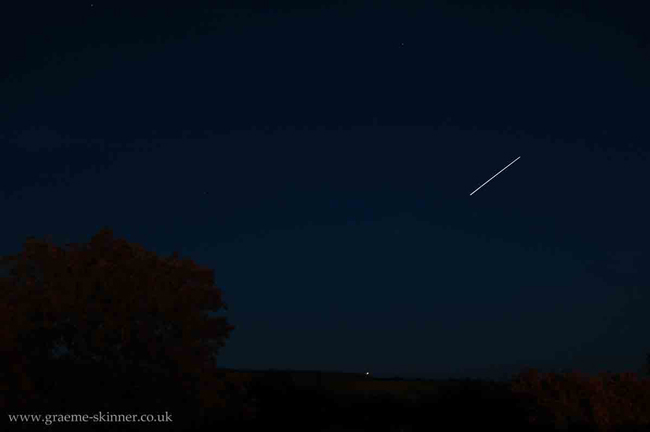 That would be it for the evening I thought, then the Moon popped up above the hills and I grabbed a couple of lunar shots – 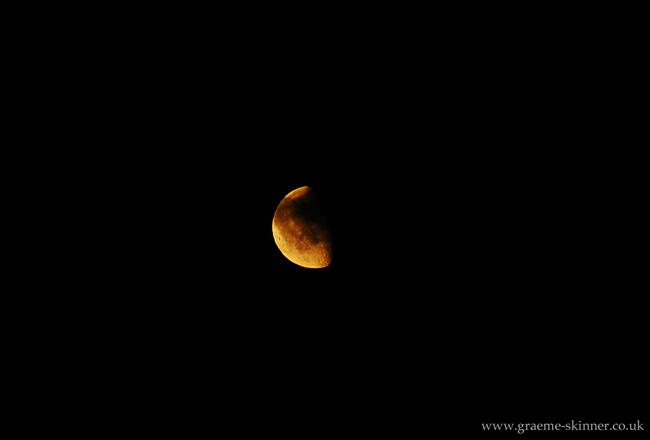 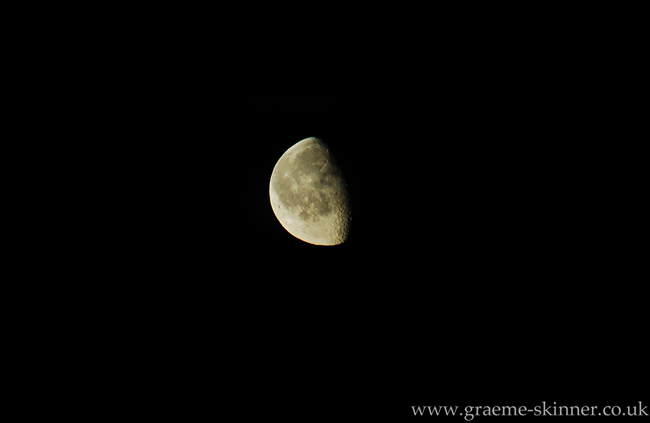 As I’d taken the Moon, a planet, and the ISS that night it felt appropriate to take a few star photographs as well 🙂 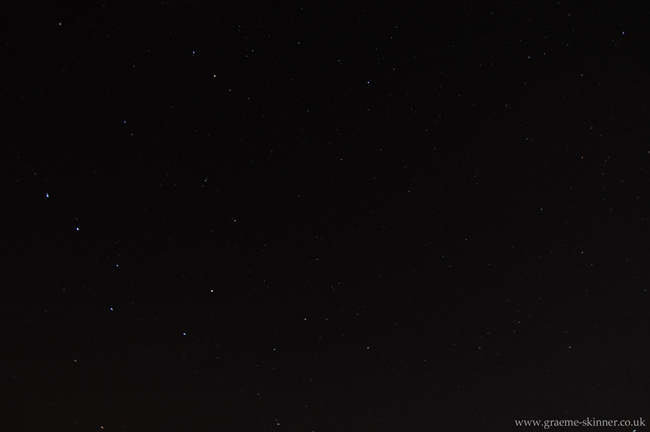 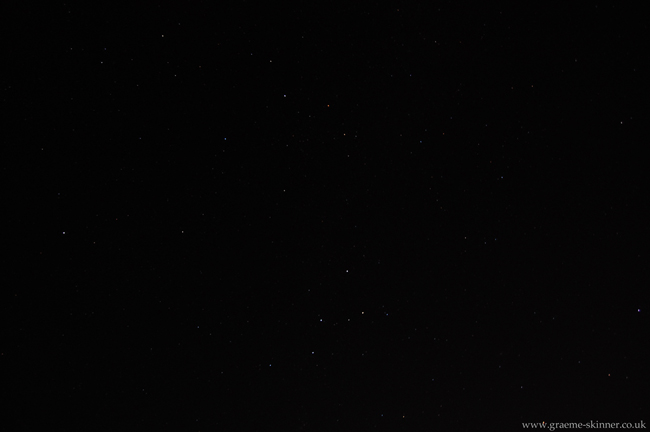 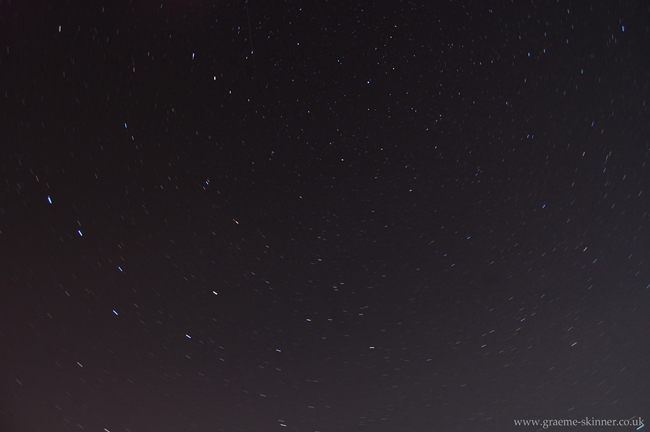 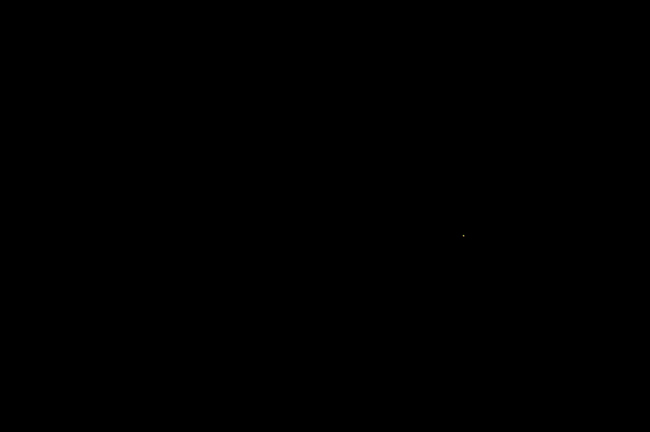 It’s hard to believe that this tiny dot of light is actually another planet, and not just a tiny little piece of rock, it has a radius 11 times (or so) that of Earth, yet we see just a dot of light*. So the next time you’re outside at night and the sky isn’t either covered with cloud or flooded with light pollution have a look up, that dot of light may just be another World 😉

*okay, you can see more than a dot of light with a telescope, but let’s not be too picky 😉