This morning I got my camera gear ready for the ISS pass which I was cleverly notified of via Twitter, gone are the days of trying to work out when objects will be visible in the night sky, I just wait for the tweet 😉

Armed with the relevant information, wrapped in a couple of layers to ward off the cold winds which had developed over night I stepped outside around 0530hrs to get ready. The cloud was fairly high towards the East and was also flitting around the Moon to the South, determined that the cloud would not trouble me and would have cleared away by 0627hrs when the ISS was scheduled to pass I set up.

It’s difficult of course to stand with a camera and watch the skies change above you and not attempt a photograph or two, so I started to play with settings in an attempt to capture the Moonlit clouds and the odd star or two that were playing hide and seek with the clouds. I played for a little too long and just before 0600hrs the battery went flat just as the cloud cover increased. I gave it up as a bad job and returned to the house to put the battery on charge, A while later I looked outside, the clouds were clearing and the sky was looking better for the ISS pass. 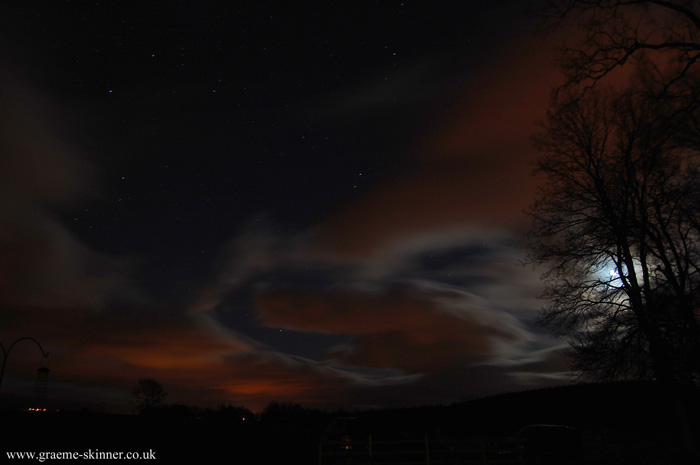 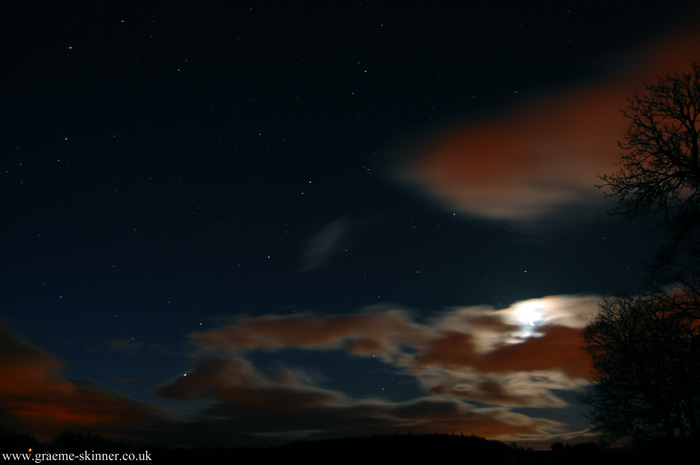 So grabbing the poorly charged battery I popped back outside, I decided my previous position with the camera was probably wrong and so I moved further down the lane from the house and set up again, the cloud crept in, and I started to doubt I’d see anything. Then as the clouds cleared I spotted the ISS whizzing along, it zoomed over the Moon and headed towards the Pennines, the visibility lasts for such a short time but it’s still an amazing sight. 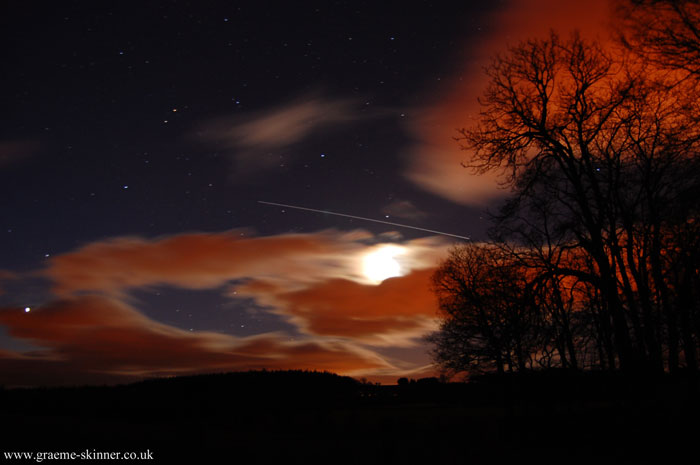 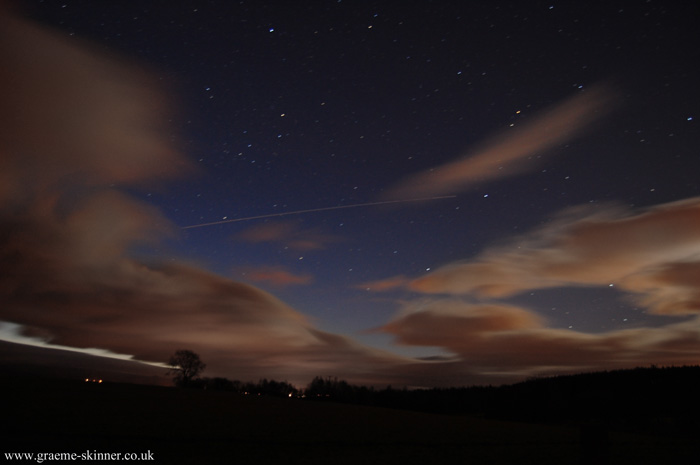 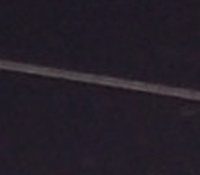 One curious thing I noticed, there appeared to be two objects zooming along together in close proximity, I’m not sure if there is anything docking with the ISS or is about to leave but when I enlarged part of the trail there was certainly two trails visible – or perhaps it was just the atmospherics which created the effect as there was certainly a lot of moisture about this morning 😉

Oh yes, the title, I wondered what speed the ISS was doing as it arced above me, turns out it averages 17,239.2 mph!

3 Thoughts to “Speeding along”