Standing in the garden at 0400hrs today I stood for a moment and gazed at the stars, then I decided to cut short my morning coffee in order to take a couple of photographs, well you never know when the skies will be clear again. As I focussed the camera I noticed a couple of stars poking above the Pennines and realized that it was Orion making an appearance, I hadn’t realized the season was that far on. Anyway, here’s Jupiter and Venus above the Pennines, lets hope for plenty more clear skies. 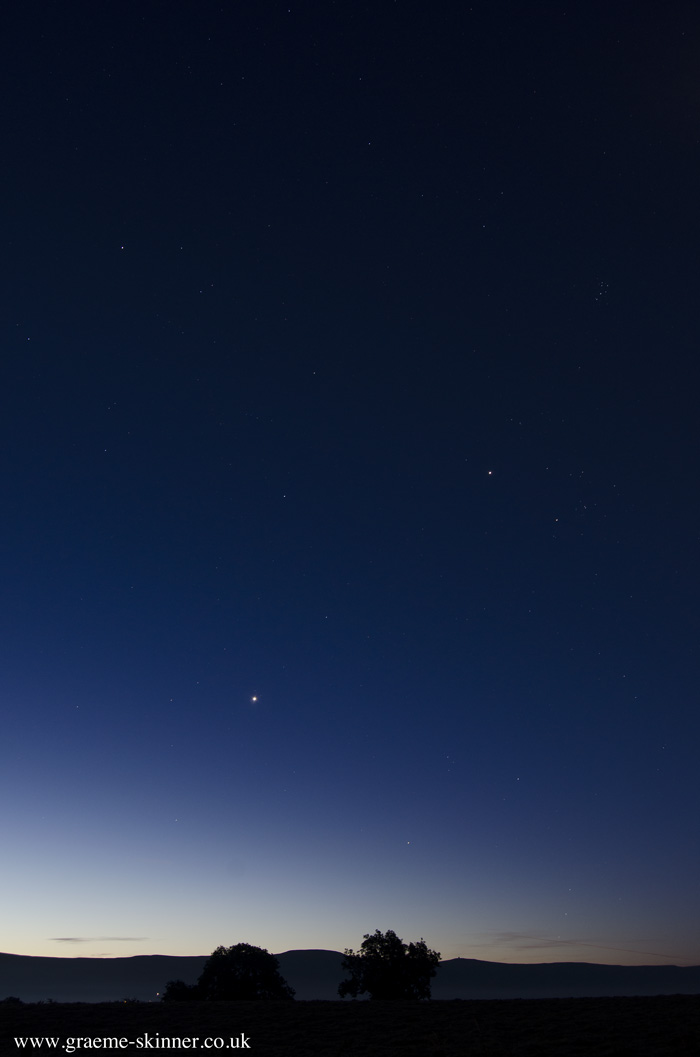 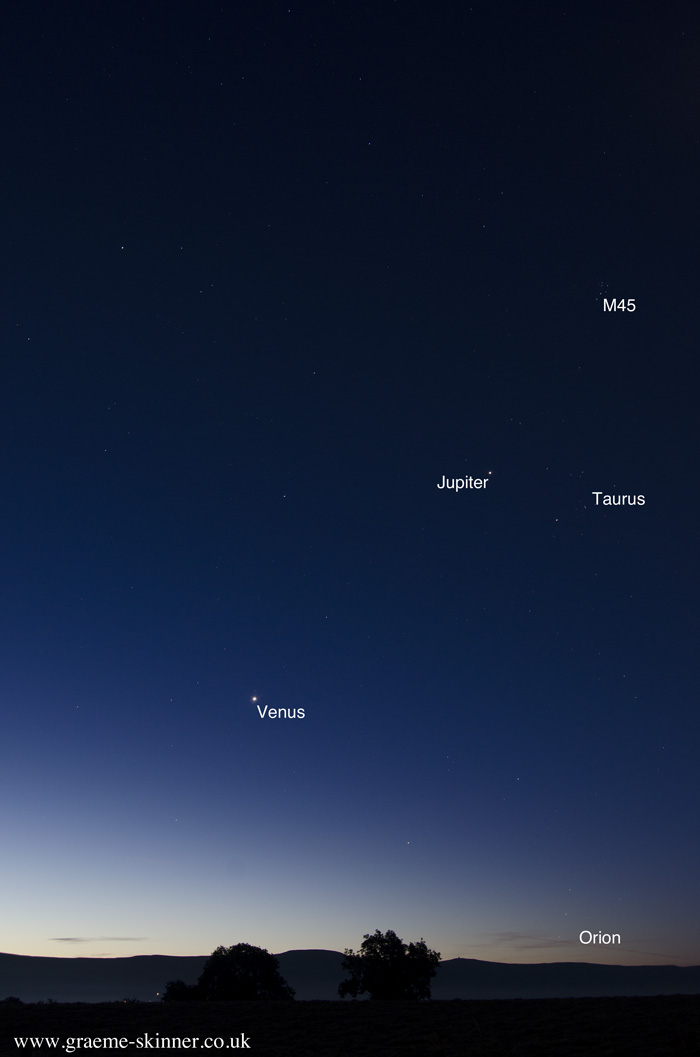 One Thought to “Is it that time already”