When I was out wandering with the dog this morning the sky was perfect, a nice strong blue with the odd cloud dotted about. So, when I had to go to the post office a short while later I decided to extend the journey a little and take some photographs while I was out. Getting in the car the sky was showing less blue and more cloud but still looked good. Twenty minutes later it was cloud as far as I could see, so I sat for a moment and watched the clouds swirl and swell, as the clouds changed odd patches of light would appear and disappear at random across the valley. I wasn’t quick enough to capture the majority of ‘light episodes’ but every now and then I fell lucky. 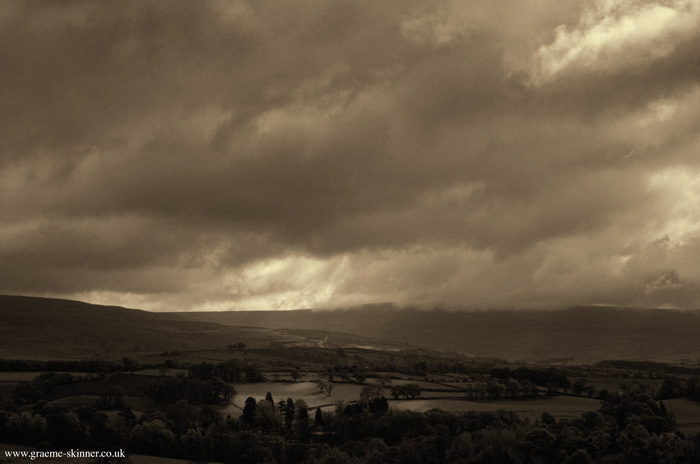 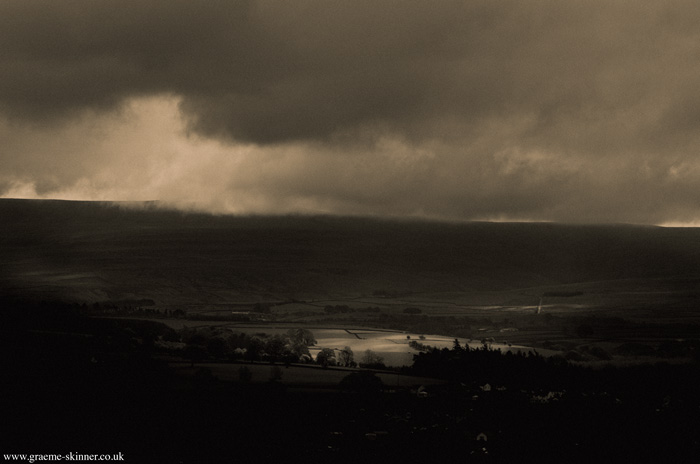