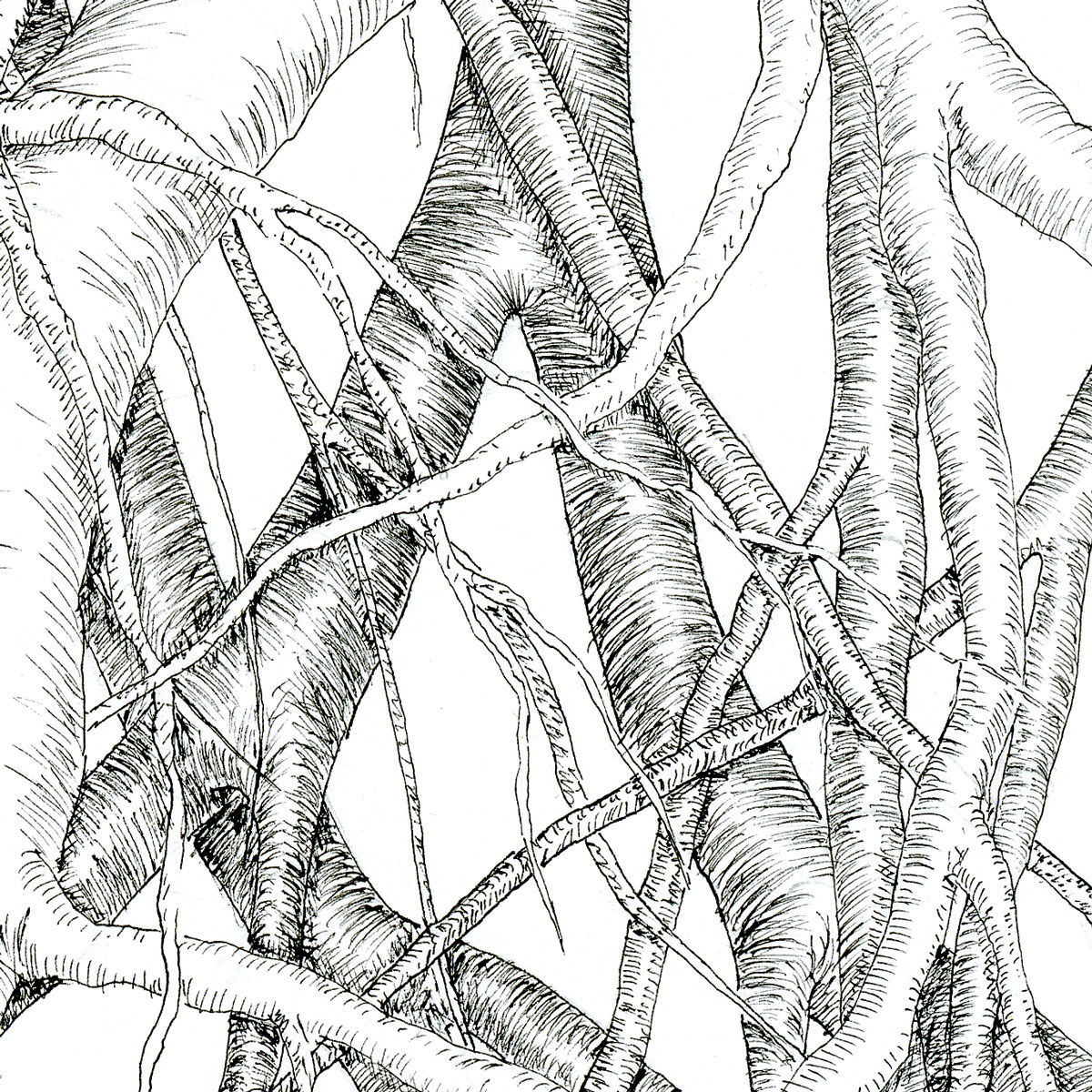 The theme this month over on John Howe’s website is “Interlace” which included… Celtic knot work theme this month. Something intertwined – it could be the intricate border of a manuscript or it could be braided hair or tree roots… Or both. So I decided to go with some tree roots in pen & ink to start me off…. 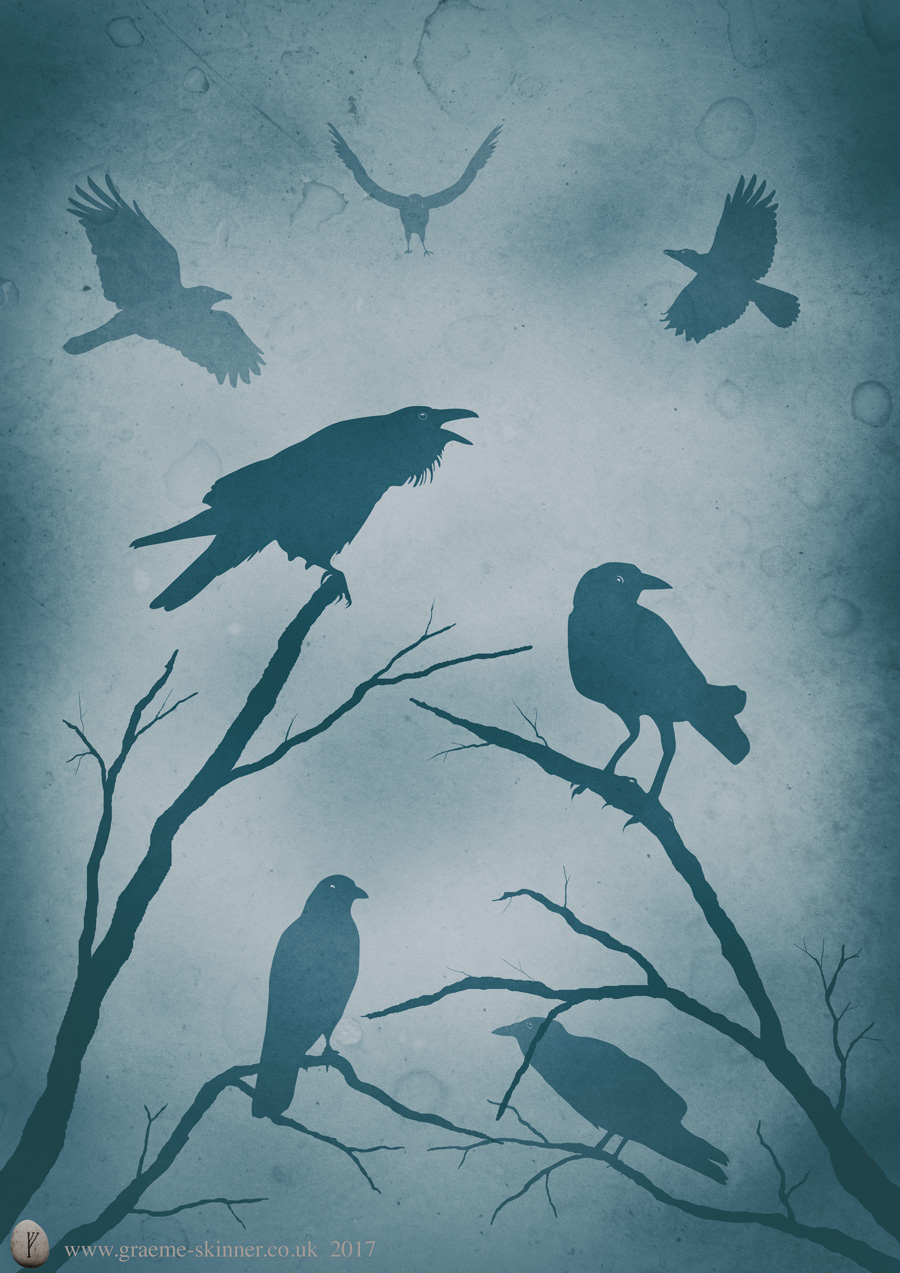 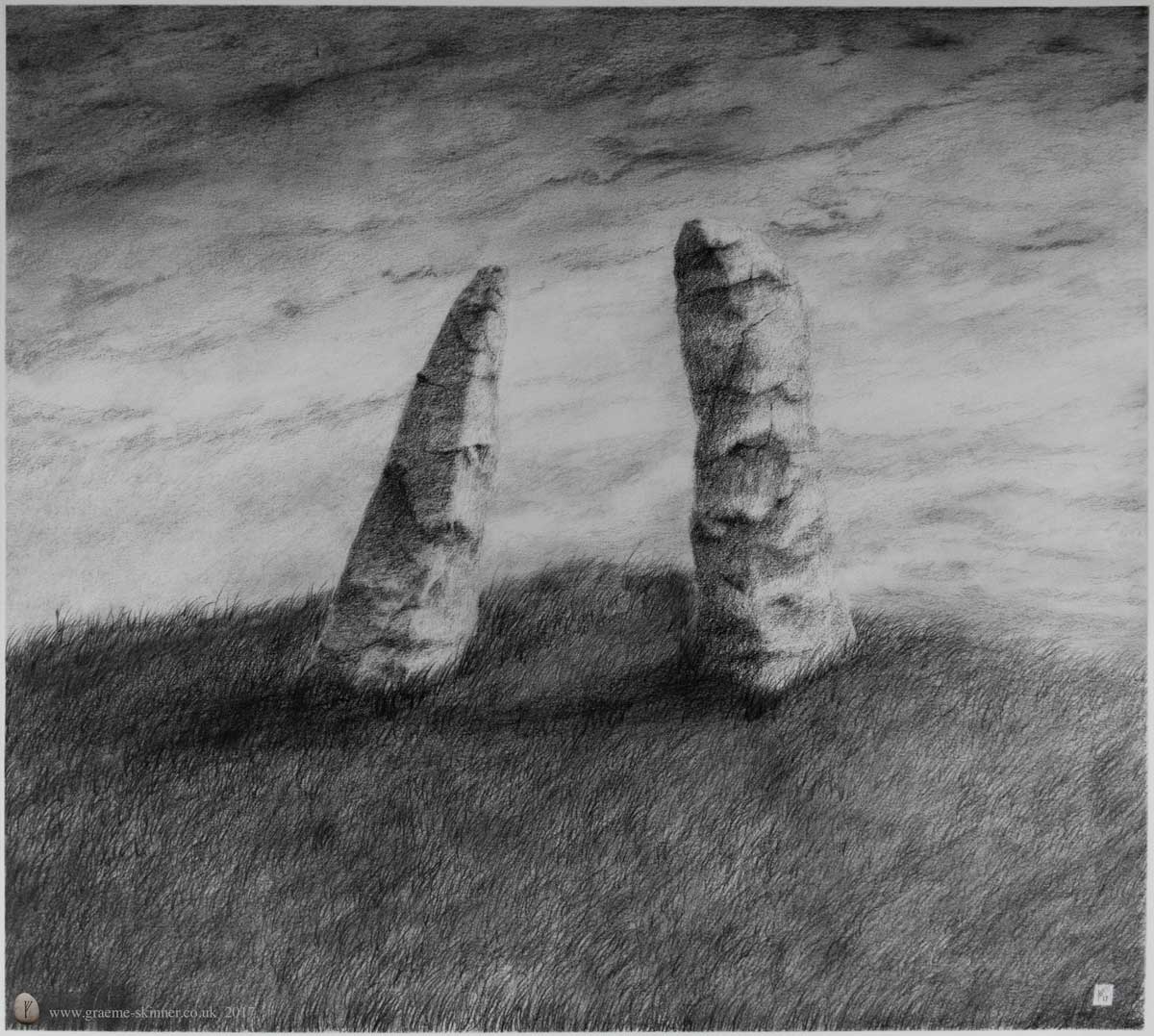 Still sketching standing stones, well, it would be rude not to 😉 this time inspired by the standing stones from the Barrow-Downs that Frodo & Co. encountered in the Fellowship of the Ring. This is quite a large piece (22.5″ x 19″) using 2B Wolff’s Carbon Pencil on paper. 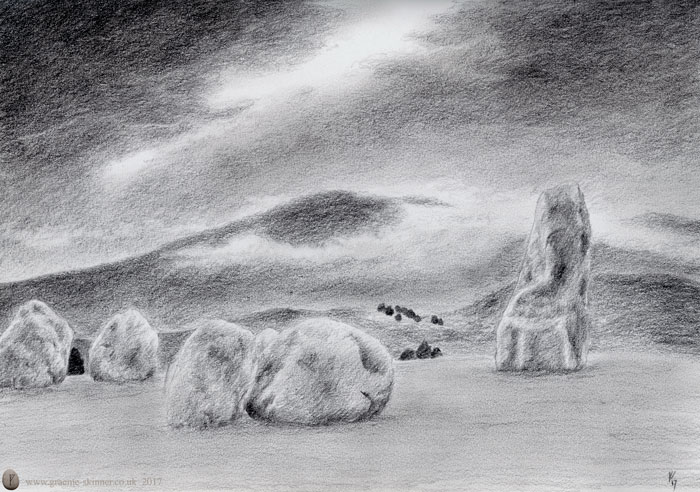 I’ve been trying to use more carbon is my sketches and so I tried, Royal Sovereign Wolff’s Carbon (2B) for a couple of sketches. They’re quite nice to use but hard to get a scan of the finished piece that looks anything like the original 😉 I also tried out the Derwent Artists Sketching Pencil (Midnight) for one of the sketches which was also nice to use but I found it a little waxy. Anyway, the first and the third sketch were made using the Wolff’s Carbon pencil and the…