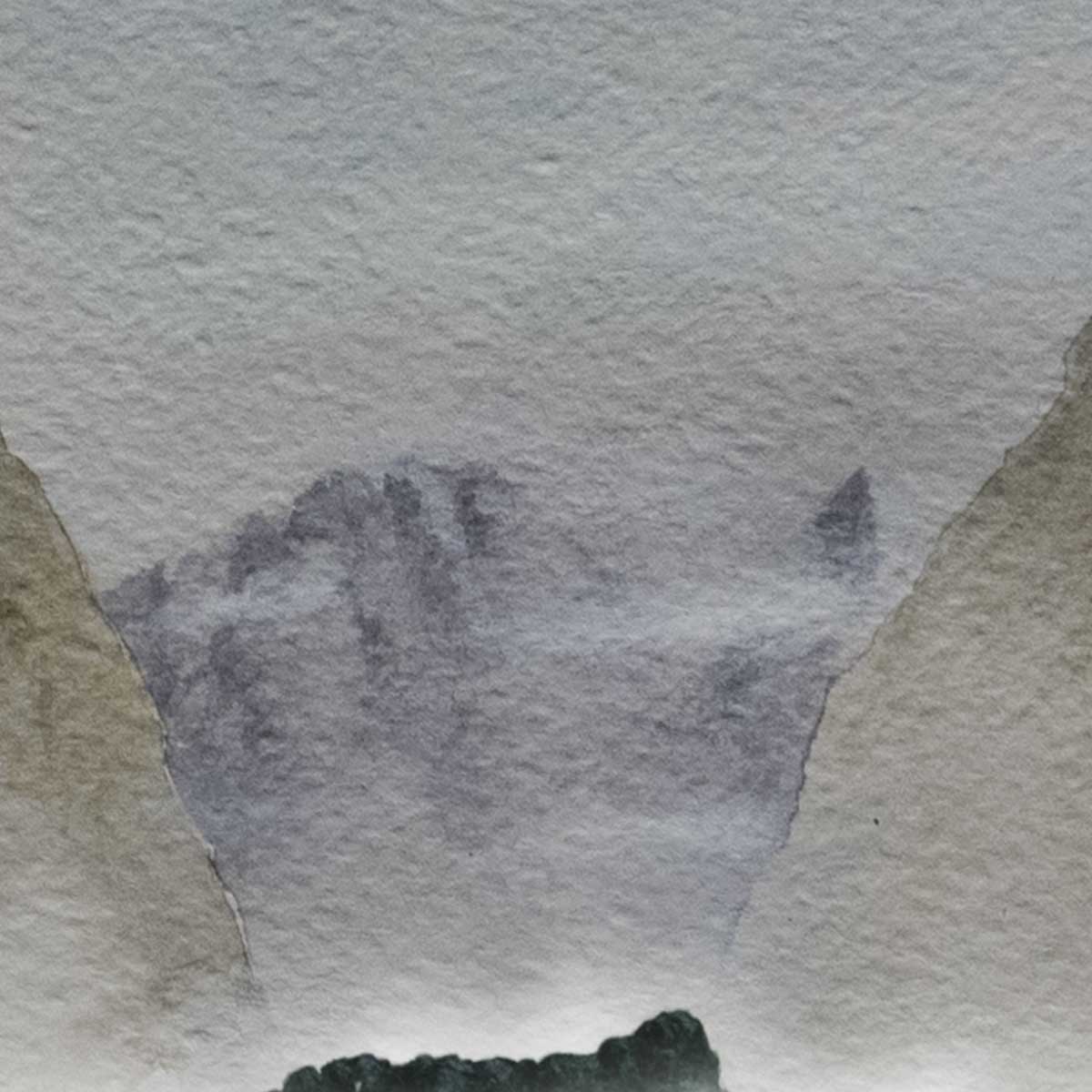 I’ve been pondering Rivendell, or mainly the architecture of the main building, the only way I could really get it sorted in my head was to try and paint it. I had more fun doing the cliffs than the building itself – but that’s the way things go sometimes. I ended up using photoshop to correct a couple of bits of landscape and add some more mist.