Well, no we’re not, we’ve been on broadband for years, but sadly the performance for us is never quite what the companies advertise and you get the feeling at times you’re back on dial up. 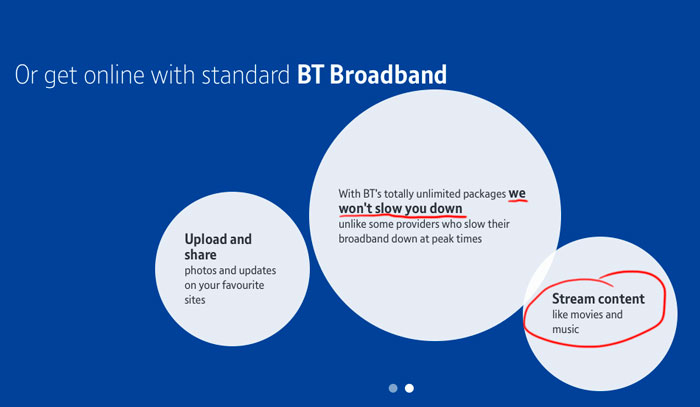 So the other day I set the computer up to stream Formula 1 live via BT Broadband, now the thing with F1 is you don’t really want to miss bits, nor do you want the stream to pause every minute or so while the stream buffers again and again. Sadly this is what happened. Every minute or so the picture would freeze and the buffering message would pop up. 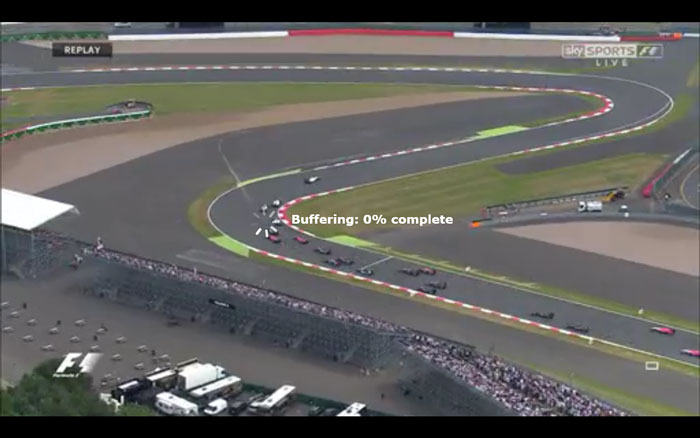 Thinking it was maybe an issue with the stream from Sky I suggested switching to BBC iPlayer as the coverage was also live on there as well, sadly BT broadband was so poor on that occasion that iPlayer wouldn’t even attempt to play anything, so much for BT’s claim that they “won’t slow you down’ and having the ability to “stream content like movies and music”.

I realize living in a rural location means you won’t get the amazing speeds you see mentioned by a few folk, but you’d think you could stream video at least once in a while. Perhaps BT should offer different bundles at different rates – Broadband for those who can get all the benefits of a reliable connection and a Broadband rate for those in rural areas who sit watching a buffering message time and again. It’s not just streaming that is an issue of course, sitting at the computer watching an eBay auction coming to a close and you decide at the last minute to up your bid only to see the message “server cannot be found” pop up is quite frustrating. We’ve missed out on a few eBay bargains thanks to BT Broadband dropping out for a few seconds. Sadly whatever ISP we look at uses the same BT exchange and the same cables, so changing ISP from BT would make not a jot of difference.

Having been frustrated at the performance of BT’s rural Broadband I decided to design them a new logo, I’m even letting it go free of charge 😉